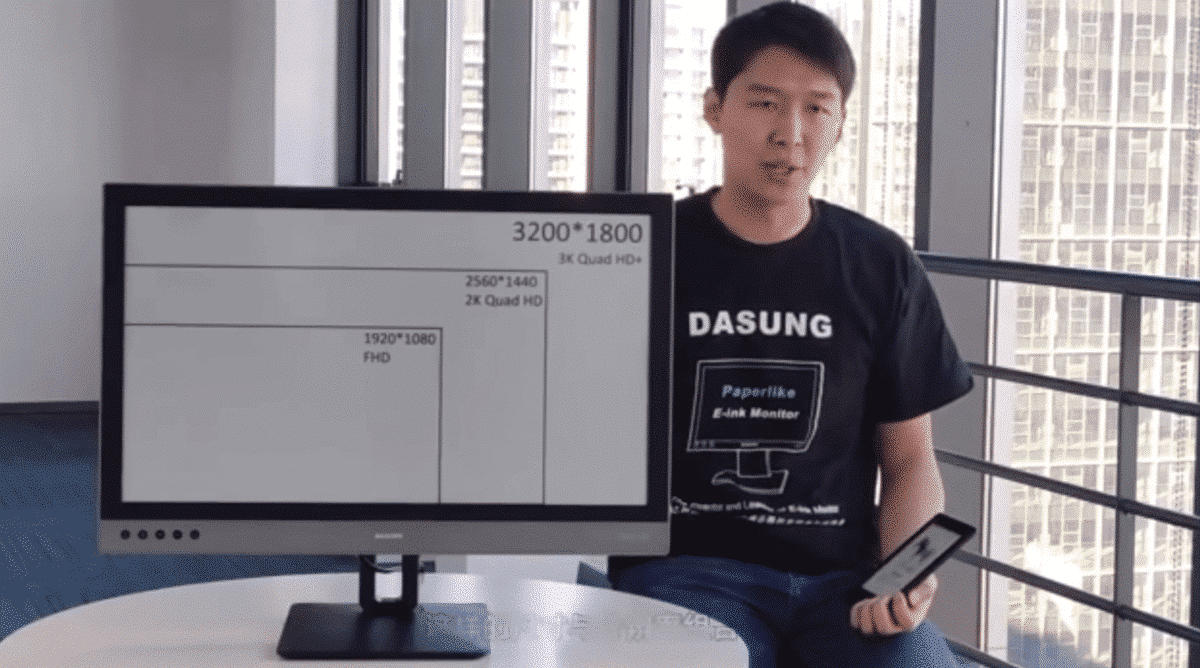 Dasung is a company that specializes in secondary monitors with E INK Screens. Their entire product line has been 13.3 inches and has gradually been improved over the years to have a touchscreen display and front-light. After five years of research and development Dasung is going to release the Dasung Paperlike 253, a giant 25 inch monitor with a e-paper screen from E INK.

Since this monitor can act as a primary or secondary display, it opens up a wide array of possibilities. You will be able to spend hours writing, programming, surfing the internet or doing other productive things. Since it has an E INK display, it is not backlit, so there would be no lights  shining in your eyes, since e-paper absorbs light. People with vision disorders will feel right at home, and will finally be able to work, without the drawbacks of the eye strain that typical monitors cause.

Dasung stated that this will cost 20,000 yuan, which is around $3,061 USD. This makes it the most expensive E INK product ever made. Still, there will likely be a niche market for it, since E INK is easy on the eyes.