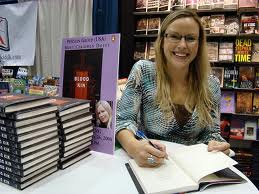 Despite the surge of new companies offering better opportunities for authors interested in self-publishing, companies that produce high-quality print editions or who give authors a valid distribution channel for their digital editions, it still seems as though the entire literary world feels the need to put air-quotes around the word author whenever a writer chooses to independently publish. The respect for this publishing model just isn’t there yet.

However, the tide is turning in that direction. With major players like Amazon, Kobo, and Barnes and Noble establishing self-publishing channels, more readers and industry professionals are considering their options more carefully. Even literary agencies and widely-known publishing houses are dipping their collective toes in the water of ebook-only publication and digital editions as a gateway to higher sales.

The real shift for the indie authors is coming from the writing community itself. Often, it is fellow writers who look down their noses at the concept of self-publishing as a last resort for the untalented, but that is also  changing with the wider acceptance of indie publishing at writer’s conferences.

GoodEReader.com covered the recent Harriette Austen Writer’s Conference because a significant number of the presentations for writers centered around independent publishing. Everything from sessions that defined the concept of ebooks to how to tackle your own promotion via social media created an atmosphere of encouragement for indie authors.

Paige Mercer Cummings and Dac Crossley, indie authors and members of Southern Scribes writers’ group, presented a session to attendees entitled, “Self-Publishing: Why the Hell Not?” Their session encompassed reasons to self-publish, listening to or ignoring words from naysayers, and reputable companies that will assist the author along the way in either print or digital.

“This conference may have actively broken the norms by inviting indie authors to attend and present. We just want to help authors navigate the negative words surrounding self-publishing,” explained Cummings. “Some of the comments authors will hear are still valid, but others are just myths that keep swirling about the industry.”

One such example involves the promotion side of the industry. “You always hear that if you self-publish, you’re going to have to do all your own marketing,” says Crossley, “but that’s true if you have a traditional publishing deal. You’ll have some help along the way, from your agent and the publisher, but there’s not a lot of money for them to spend promoting a new author especially. All writers have to get their books out there.”

At the same time, some of the misconceptions about indie publishing are embedded in fact. “The reason self-published authors have been treated with disrespect is because some of the books that get put out there are just so bad,” says Cummings. “They’re poorly printed or they have horrible grammatical errors. For indie authors to be successful, they still need the tools that make traditionally published authors succeed, such as a fantastic editor. The self-published author is going to have to pay for that service from a real professional, but in the meantime, joining a critique group for honest helpful feedback is a must.”
Crossley also explained the key difference in indie publishing where fiction and non-fiction are concerned. In order to traditionally publish a non-fiction work, an author has to be able to prove his solid numbers, or platform, in terms of viable customers before an agent can consider signing on to represent the author. With self-publishing, the non-fiction writer is simply charged with creating a great book then marketing to an interested audience.

Cummings and Crossley also spoke to the participants at length about some of the steps they’ve taken to market their print editions of their books, such as attending these conferences and staging their own book signings. Their ebooks are also available, and the marketing of those versions is just as vital to their success as authors as the efforts to promote their print.