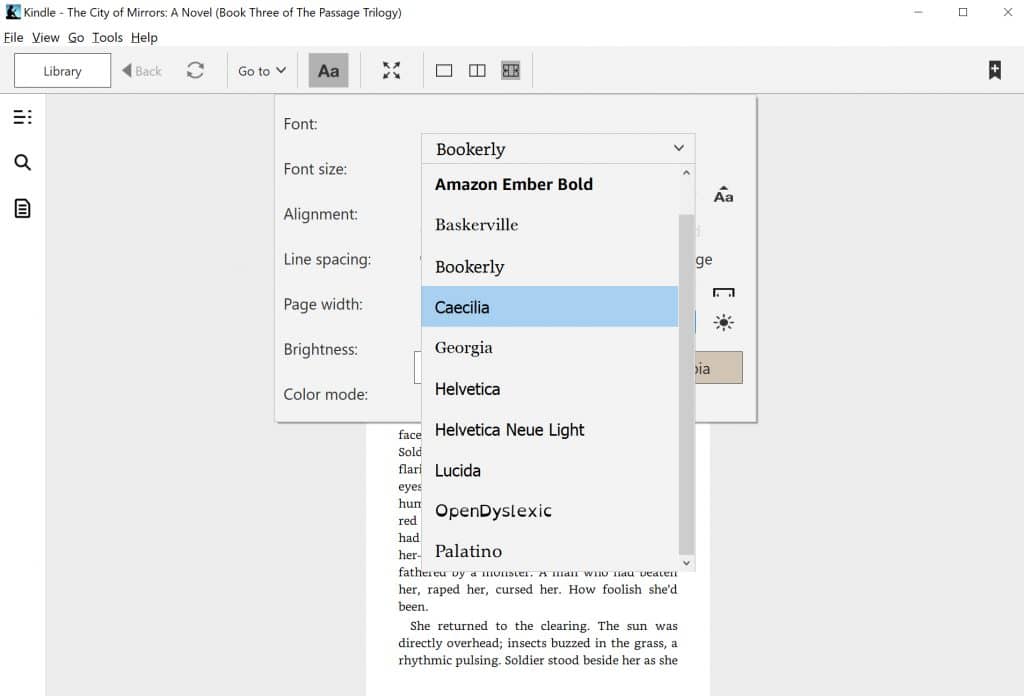 Amazon Kindle for PC has just been updated to version 1.23 and it brings a slew of new features, including two Column mode, split screen mode and  formula mode for math equations.  There is also a bunch of new font options available; Baskerville, Caecillia, Helvetica, Helvetica Light, Lucida and Palatino.

Kindle for PC is compatible with most versions of Windows, but most people tend to use it on Windows 10 tablets. There are a ton of slates and two in ones available and Amazon is one of the few companies that has a fully functional e-reading app for the PC, most of the others tend to focus on Android and iOS.

Here is the changelog for Kindle for PC 1.23