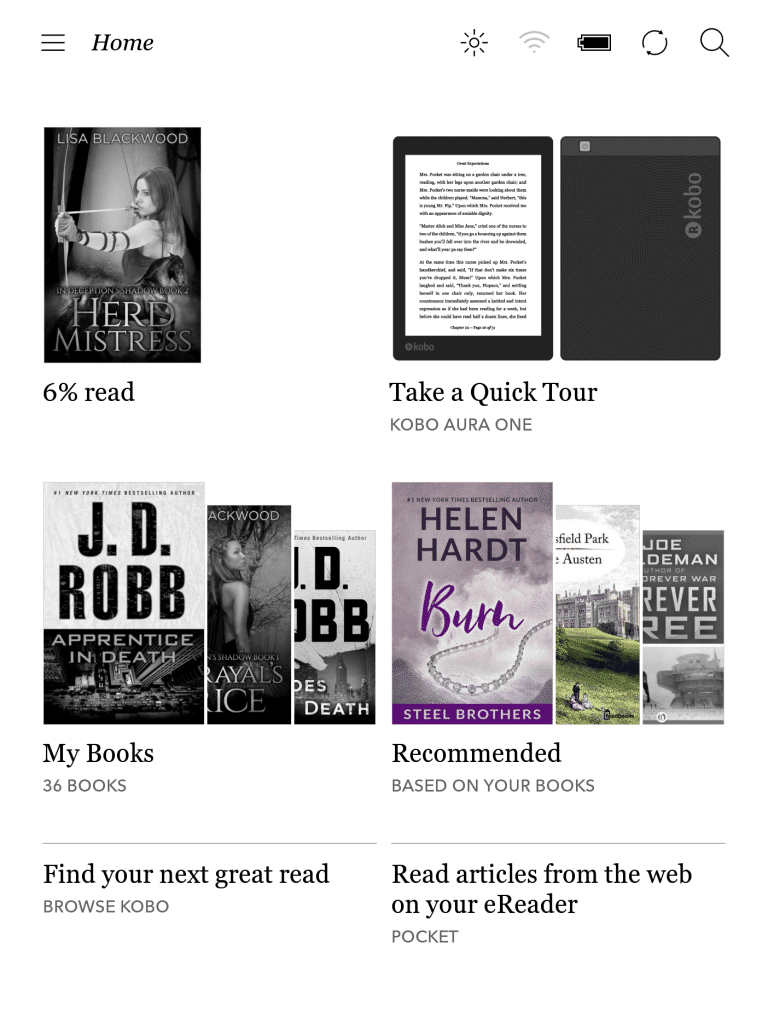 Kobo has pushed out a new firmware update for the vast majority of their e-readers that give users a new homescreen experience. It now shows bright and vibrant images of the books you are reading that look really good on higher resolution devices. There is also a direct link to the Kobo digital bookstore and instructions on how to use Pocket.

Kobo rarely provides development logs on new firmware updates. Here is a list of everything we know so far in the 4.3.8842 update pushed out via WIFI to users today.