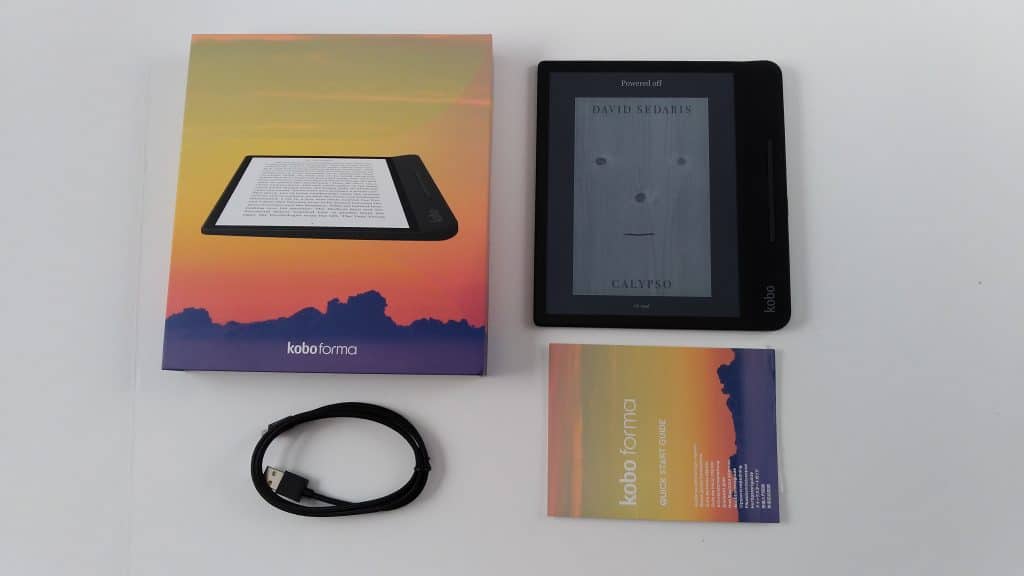 The Kobo Forma E-Reader is going to be available soon and many people are wondering about the new design. This device is unlike any other Kobo product ever released and it also has a 360 degree automatic orientation mode to read in landscape or portrait mode and take advantage of the manual page turn keys. Today Good e-Reader is proud to give you a sense of the final retail packaging and a first look at Forma.

The Kobo Forma features an 8 inch display and a resolution of 1440 × 1920 and 300 PPI. It is powered by a Freescale IMX6 Solo Lite 1GHZ processor and 512MB of RAM. The 8GB storage model will be the most accessible, there is a 32GB version, but it will only launch in Japan, for now. The Forma also does not have an SD card.