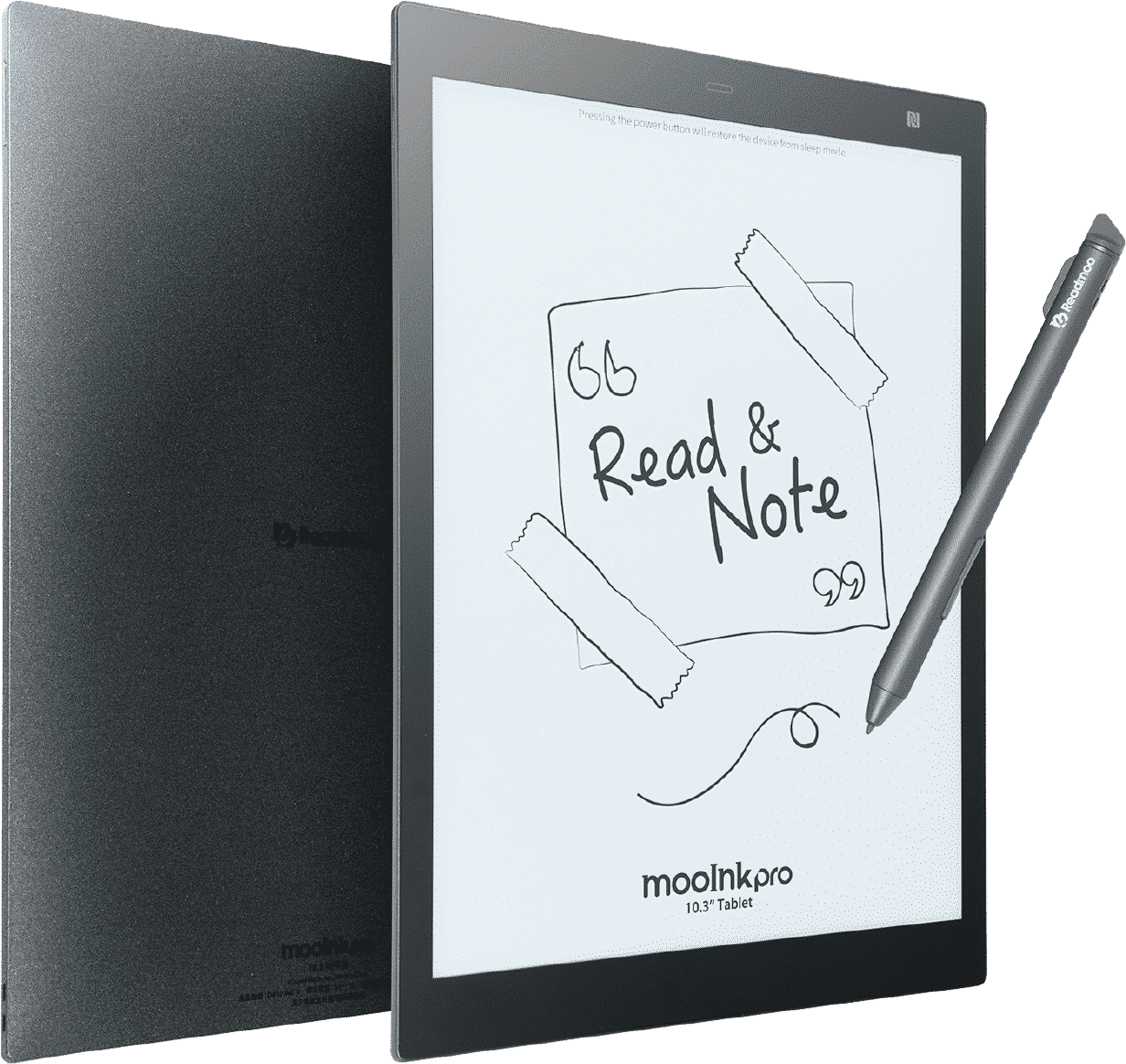 Mooink is a Taiwanese brand that has released a few e-readers over the year such as the MooInk and MooInk Plus. The company is gearing up for their first digital note taking device, the MooInk Pro. It will begin shipping on July 16th.

The MooInk Pro features a 10.3 inch E Ink Carta HD capacitive touchscreen display with a resolution of 1872×1404 and has 227 DPI. It does not have a front-lit or color temperature system, so you will need to make sure there is enough light in your environment to read ebooks or draw.

Underneath the hood is a quadcore 1.2 GHZ processor, 2GB of RAM and 32GB of internal storage. It does not have an SD card to enhance the storage further. It has WIFI, Bluetooth, NFC and is powered by a 2,000 mAh battery.

The MooInk Pro can read ebooks and view and edit PDF files. It has a dedicated note taking app, but there is no indication if the screen can support pressure sensitivity. The stylus looks like to be well designed and is made of aluminium. The stylus needs to be charged and has an internal battery which is 144 mAh. The nibs can be replaced and have two different nib options, grey or black.

It looks like the MooInk Pro is really well designed, it is similar to the Sony Digital Paper. It remains to be seen if this device will garner sales, since it is the first note taking device in the MooInk portfolio. This device is going to have different pre-order tiers. The first is $333 USD and once they are sold out the price will increase, the release date is sometime this September.