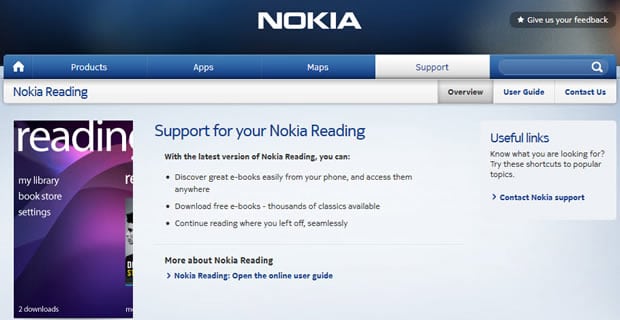 Nokia is trying to capitalize on European markets that have not been inundated with e-readers.  The company has announced today that they have developed an e-reading application and online bookstore. They intend to actively market it in France, Germany, Italy, Russia, Spain, and the UK.

Nokia mentioned that “While e-books are becoming a common sight in countries like the US and the UK, they are still in their infancy—or basically unavailable—in many parts of the world. And this is where the strength of Nokia Reading lies: in local language e-reading content.”

Nokia plans on rolling out new enhancements for its online bookstore in the coming weeks. You will soon be able to download audiobooks and a news stream.