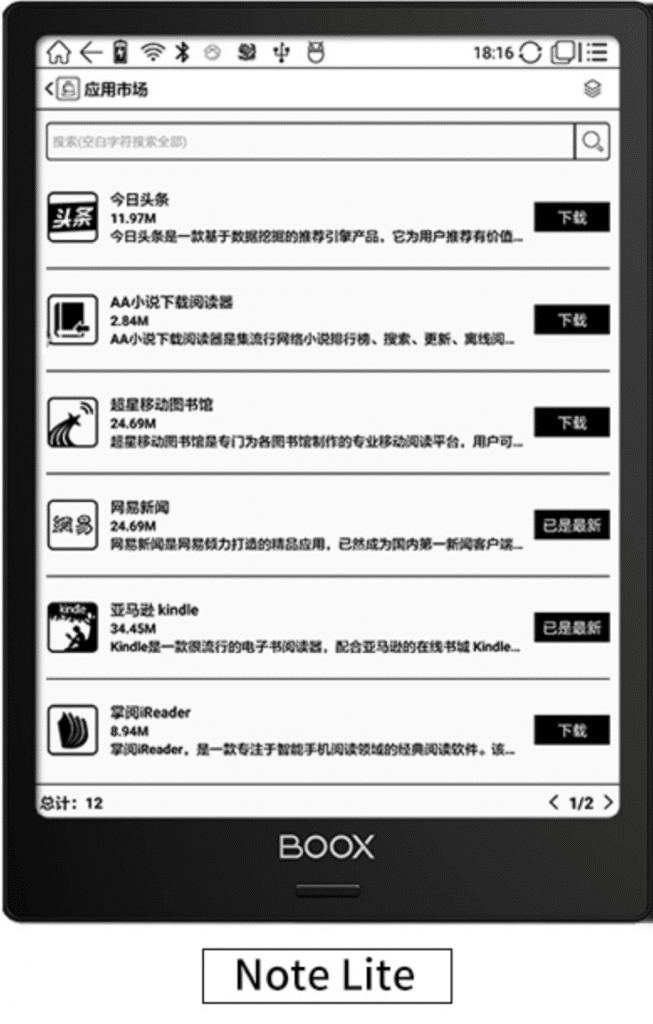 Onyx Boox is going to be releasing a variant of their 10.3 inch Note that forgoes the WACOM digitizer layer and only has a capacitive touchscreen display. The Note Lite is geared towards people who want a large screen e-reader to read comics, ebooks, manga,  magazines, newspapers and PDF documents. There will be no support for editing PDF files or taking notes, this software will not be available on the Note Lite.

The Note Lite features a 10.3 inch flexible capacitive touchscreen display with E Ink Carta. The resolution is 1872×1404 and 227 PPI.  Underneath the hood is a 1.6GHZ quad core processor, 2GB of RAM, dual speakers, mic, Bluetooth, 32GB of storage and USB C. Sadly it does not have a front-lit display, so you will not be able to read in the dark.

The Note Lite is going to retail for $400 dollars USD, which is $154 cheaper than the original Note. It is going to be available in China next week and should hit North America a month or two later.