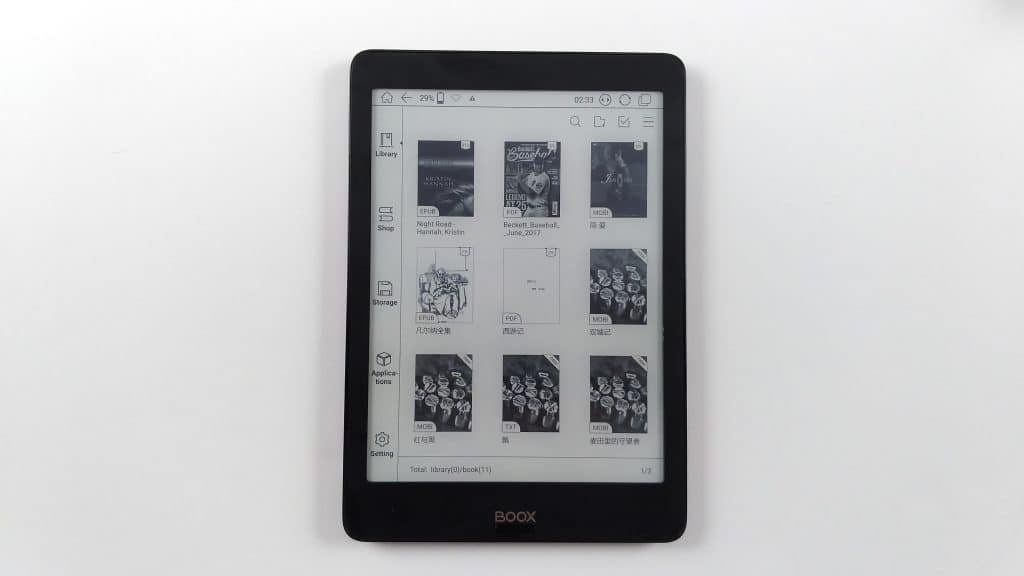 There has been a lot of interest in the new Onyx Boox Nova e-reader. This is likely due to the 7.8 inch screen and great hardware specs. It was primarily designed to be an e-book reader and has full compatibility with Google Play to download apps. Is the Nova a worthy contender against the Kobo Forma or the Kindle Oasis 2? 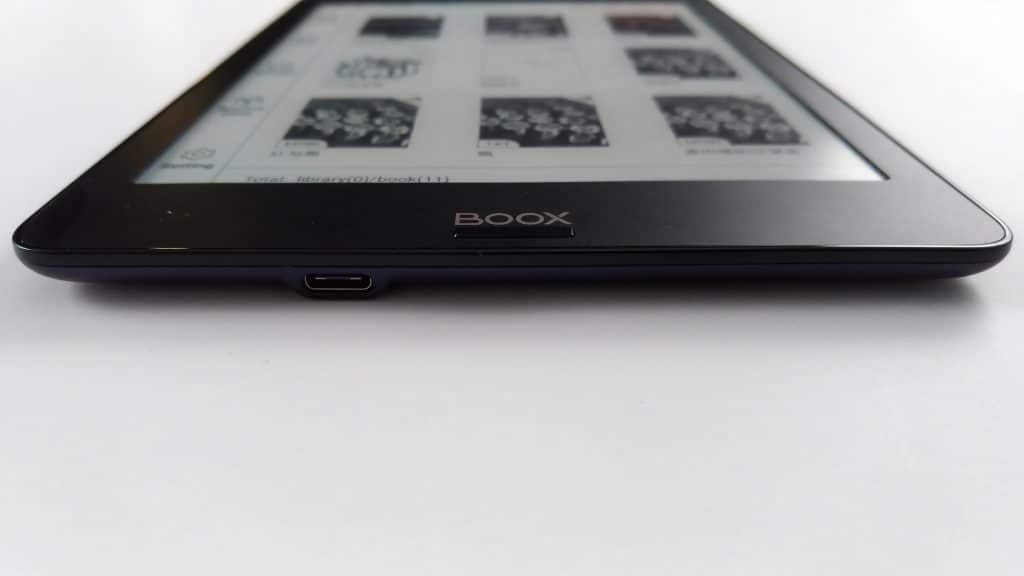 The Nova feature a giant  7.8 inch E-Ink Carta HD screen with a resolution of 1872×1404 and 300PPI. It has a color temperature system so you can read in the dark. The display is not as good as the Kobo Forma, but it does have a big advantage over the Oasis.

There is no flush screen and bezel on the Nova and it is not waterproof or dustproof. It has a USB-C port to charge the 2800 mAh battery or transfer ebooks. There is a power button on the top and status indicator light. There are no manual page turn buttons, but there is a simple home button on the bottom of the screen. 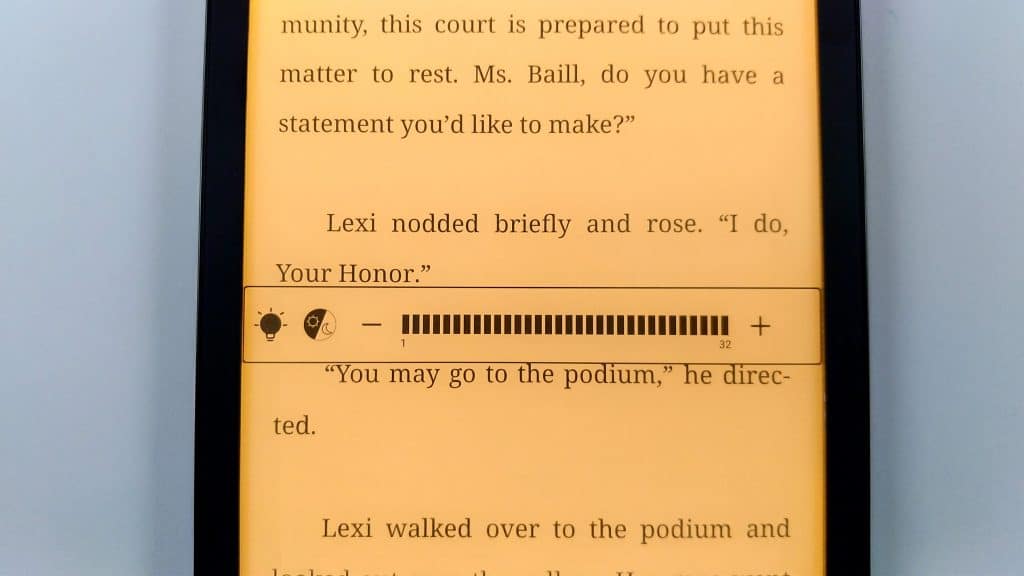 Underneath the hood is a 1.6GHZ quad core processor. There is 32GB of storage, but there is no SD card to increase the storage further. There is 2GB of RAM, so in conjunction with the processor it will handle most apps with ease. Speaking of apps, the Nova is running Android 6.0, so it is compatible with almost every major app out there, such as Goodreads, Overdrive or Kindle.

Onyx Boox has developed a new UI and it is currently available in the Nova, Poke and MAX2. It should be available on other products later this year. It is being called Firmware 2.0 internally and is a fairly innovative upgrade with a variety of new functionalities including new UI, book store, 30% speed increase of opening PDF files, better two-page spread management, handwriting search & edit, bluetooth keyboard input on notes, app management & optimization.

There has also been some new features for using the stylus, with does not apply to the Nova, but does the Note, Note Plus and MAx2. There are new options to select, move, rotate, duplicate, resize, and remove handwritten notes and drawings. They also added a new recognition feature that lets you run searches through your handwritten notes.

Overall I like the new UI, it brings the clickable interface from the bottom of the screen to the side, which leaves more room to showcase ebooks, manga, newspapers, magazines and other digital content. I also like the fact they have a new digital bookstore to buy ebooks. Most of them are in Chinese, since Onyx is a Chinese company, but there are a number of English titles too.

Onyx has their own App store, which showcases apps are are compatible. Onyx basically tweaks their firmware so e-reading apps like Kindle, do not have animated page turns. All of the apps are Chinese, so they are not very relevant to a Western audience. They do have a Google Play patch file on their store, which makes Google Play work.

Obviously the Nova has full Google Play support and Google Play services, but in order to get it to work, you need to run the patch from the Onyx App Store, or follow our tutorial HERE.

One of the downfalls of the Nova experience is that it focuses on the Chinese aspect a little too much. This is relevant to the app store, bookstore and the preloaded content that is available in the library. Obviously you can install your own apps via Google Play, which is a tremendous boon, so if you are already invested in B&N, Kobo, Amazon or other major retailer, you can sync all of stuff from the cloud. 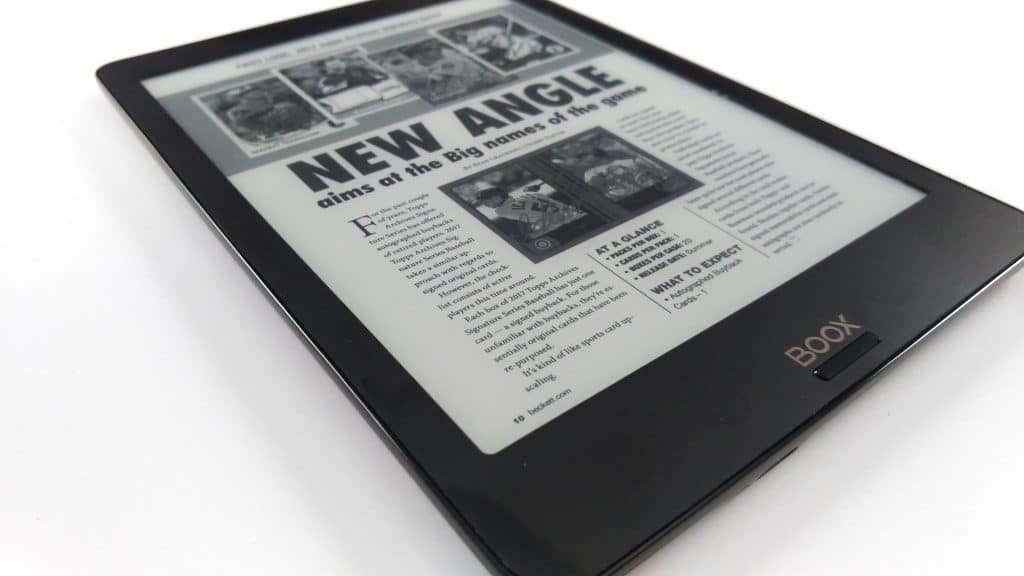 The Nova is more affordable than the Kobo Forma and Kindle Oasis 2. These two vendors lock you into their ecosystem and optimize their Linux OS so it is stable and robust. The Nova needs a way better processor and RAM because Android is demanding, but this is the whole reason to buy it. The Nova plays nice with other walled gardens and gives you tremendous flexibility and freedom to craft your own experience. I think the Nova is a great alternative to other major brands on the market and is a solid e-reader.