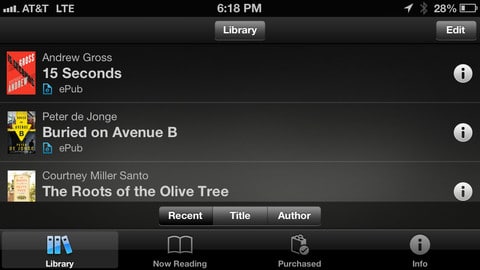 Sony has just unveiled its fully functional e-reader app for iOS today, after years of development. The company initially submitted its reader and online store back in 2010, but was rejected by Apple. This was mainly attributed to the new policy that demanded all in-app payments be handled by the iTunes platform. Sony has maintained the same philosophy as Amazon and Kobo,  pulling the ability to buy books within the app.

The Sony Reader for iOS is available for the iPad and other mobile phones. It allows you to sync your past purchases and read them directly within the app. In the past, you needed a Sony e-reader or its PC software to read content. Customers finally have another option, which is gratifying.

When you initially fire up the app, you need to login to your Sony account and also your Adobe Digital Editions account. So there are two different accounts you need to access. Once you start reading, there are a number of options to adjust the size of the fonts. While finding that sweet spot, there is a small preview window of text to serve as your guide. Most other reader apps dynamically update the text on the entire page to give you an idea on how the text will look. Make sure to hit the save button on the top right hand corner, or your settings will not carry over to the book. If you initiate a long-press on a particular word you can look it up on Google, give it a highlight, take a note, or share it with friends.

Customers who download the new app will also receive an exclusive short story from the New York Times bestselling and celebrated urban fantasy author, Kim Harrison. Kim is a Reader Store favorite for her action-packed and edgy page-turners. This Reader app-only special titled Trouble on Reserve is an installment of her most popular Hollows series that has sold over 2 million copies.

Update: There were some errors in the Sony APP for iOS when customers were making new accounts. Sony commented that “We experienced problems earlier today with customers activating new devices. This may have affected your first experience with our new Reader App. These issues have now been resolved and we apologize for any inconvenience this may have caused. If you’ve had issues activating Reader for iPhone, iPad & iPod touch, please try again.”