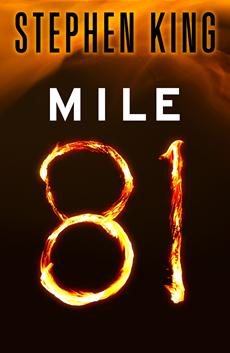 Always the penultimate example of a successful author, Stephen King appears to have it all. Numerous blockbuster movies that evolved from his novels, the option to span several genres under a few different pseudonyms, and the ability to weave a bestseller out of a grocery list make him one of the most widely acclaimed writers of our time. Now he’s broadening his opus in a new direction: digital.

“Mile 81,” a novella to be released by King early next month through his publisher’s website, Simon & Schuster, is King’s ebook-only title. While readers can enjoy most of his works on their e-readers and tablets, this will mark the horror and thriller writer’s first foray into publishing a highly anticipated work without paper.

Although King is still retaining his agent and publisher for this experiment and can rightfully expect the same publicity and promotion that his works are accustomed to, he is also taking advantage of every tool available to indie authors, namely, self-promotion of the title via online sites and social networking. Klout.com, a social media platform that measures the online presence of members through a number of factors, offered early this week access to King’s e-novella to a beta group of members through its Klout Perks section. Various pages have sprung up on Facebook and accounts have been established on Twitter to promote the book, though arguably the majority of those have been created by fans.

Interestingly, instead of simply benefiting from online promotion, the digital short story might actually be the promotion, as the ebook novella contains a previe of King’s new novel, 11/22/63, that is set for release in November. The late-fall title will focus on a whirlwind of events that could result if the main character decides to go back and prevent the fatal shooting of then-President John F. Kennedy in Dallas.

AUTHOR’S NOTE: A reader has pointed out in the comments below a couple of errors in this article. Please see the comments section where those errors are gratefully corrected. Thank you.