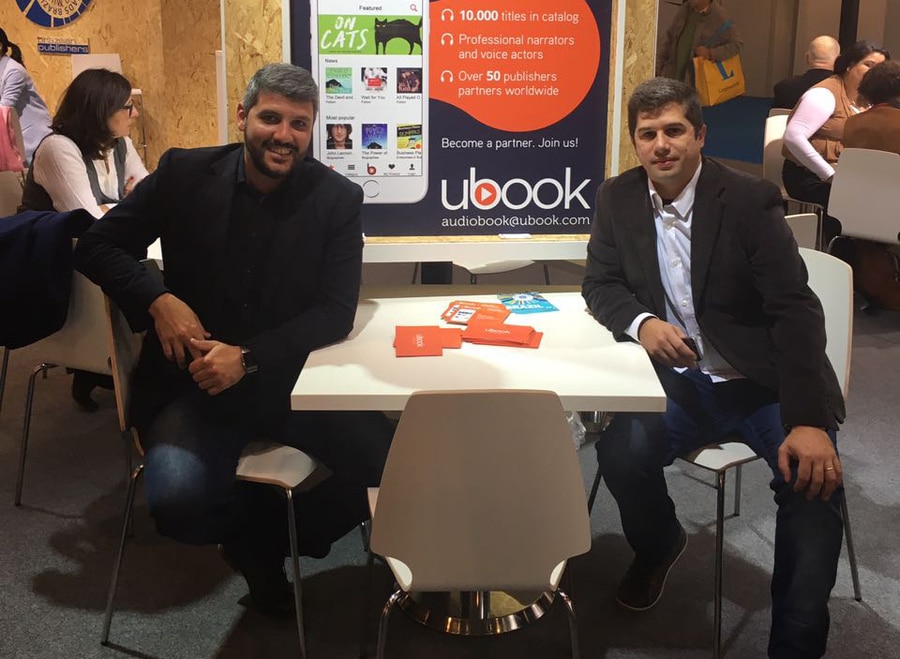 The vast majority of companies that are taking part in the audiobook revolution are based in the United States or Europe. uBook got their start in Rio de Janeiro, Brazil. They have been in business for the last two years and have developed a respectable catalog of 10,000 titles. 2,000 of them are in Portuguese, 2,500 Spanish, 5,000 English and 500 in different languages.

uBook has a subscription model where users pay R $ 19.90 per month to listen as many audiobooks as they desire. The Audiobooks, digital magazines and podcasts can be accessed via the company’s apps for Android and iOS.

Leonardo Sales is the COO of uBook and I asked about the journey from being a small startup to quickly becoming the largest audiobook provider in Latin America. He said “Ubook is still a young company with a long road ahead. We are proud to have cracked the LATAM market and put audiobooks in the spotlight for the publishers and, most importantly, for the consumers.”

He went on to say “One key movement was the partnerships with mobile carriers. Ubook is the only audiobook streaming service available in the 5 mobile carriers in Brazil, allowing a fast traction in the first year of operation. Some mobile carriers offer a white label version of Ubook platform, applying their own brand to service. The challenge now is content production to serve the best catalog for all tastes. So far I can say that we are doing a good job, but I believe that the market size today is less than 1% of what it’ll be within 5 years.”

E-Book sales have waned and adult coloring books have been trending downwards. Every quarter major publishers have acknowledged that audiobooks have the highest growth rate and that they are doubling down on production. The percentage of Americans who have ever listened to an audiobook continues to grow, and now stands at 43%, which is up from 41% in 2015. What is even more significant, is the increase in the number of audiobooks being consumed. In 2015 audiobook consumers listened to an average of 5.8 audiobooks for the entire year. Over the course of 2016, that figure is now 6.7 and it should reach 7 or 7.5 by the end of the year.

The Association of American Publishers said that audiobook sales rose 30% in January and 42% in February compared with the same period in 2015. National Audiobook Month occurred in March and many of the top vendors took to social media and did newsletter blasts promoting hundreds of deals and discounts. I have a feeling that when sales are tabulated we will see a at least a 47% increase year on year.

uBook is very bullish about the audiobook market. “Audiobooks are here to stay! It’s not just hype. In the rush of modern life it is hard to have time to sit down and read a book. On the top of that, consumers’ frequently turn to apps like Facebook, Netflix, Games, Messengers for entertainment. The audio format doesn’t require visual attention, adding a layer of culture and entertainment while you are doing something else. For the industry as a whole, authors and publishers need to pay more attention to audio production and focus on releasing new titles. The market will benefit and expand with more and more titles available.”