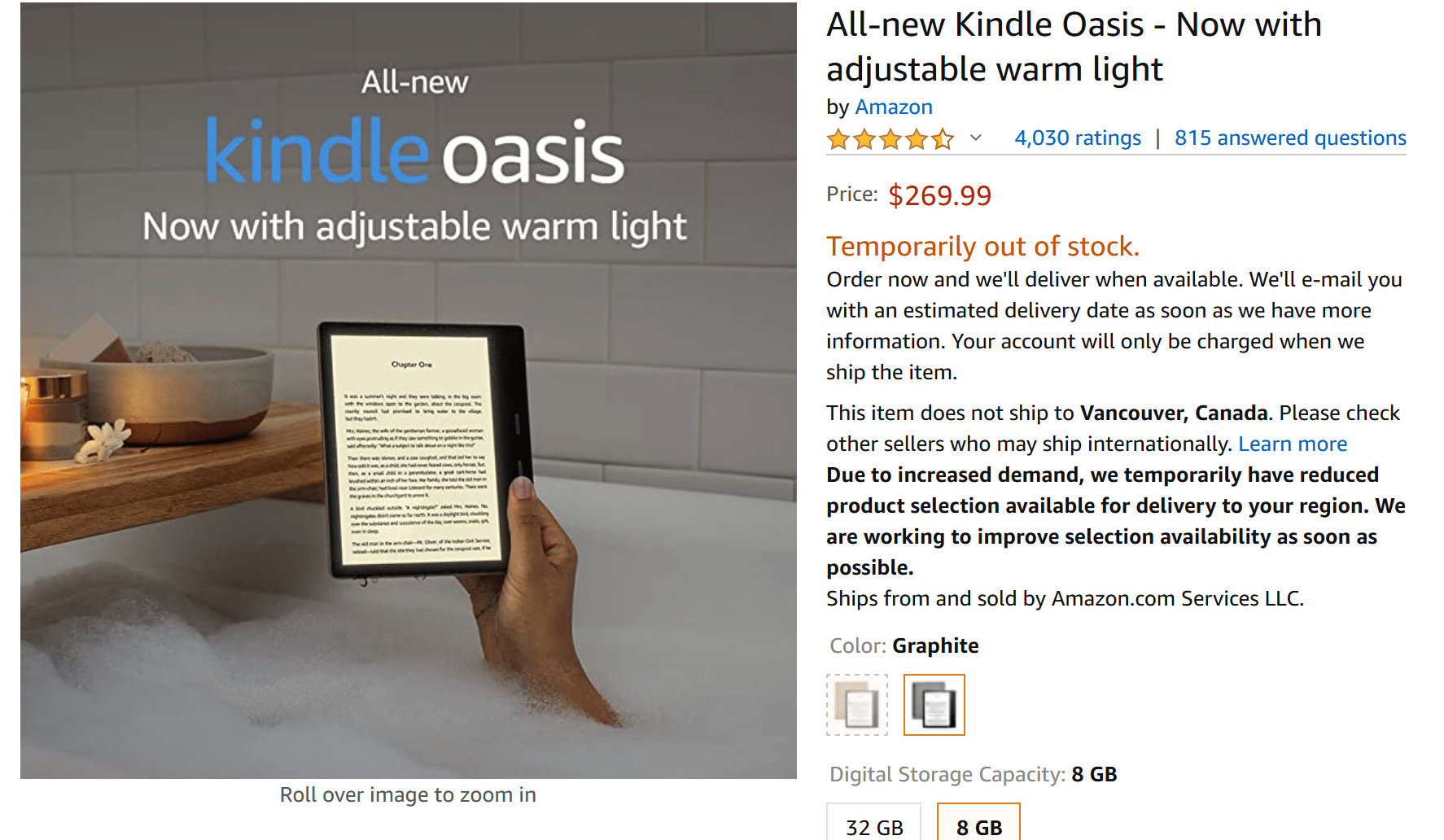 Various Amazon Kindle models have been unavailable or completely sold out over the course of the past few months. Amazon deals with Foxconn for the manufacturing process and due to one week holidays and the workforce only at 30% capacity, new Kindles are not being made fast enough.

In Canada the Amazon Kindle Oasis 32 with LTE has been sold out for a week and there is no ETA on when new models will be available. Meanwhile in the United States the 8GB WIFI edition is not available until June 5th, both in black and champagne gold. The 32GB with WIFI and LTE versions are fluctuating, sometimes it says is available, other times it says May 15th they will be back.