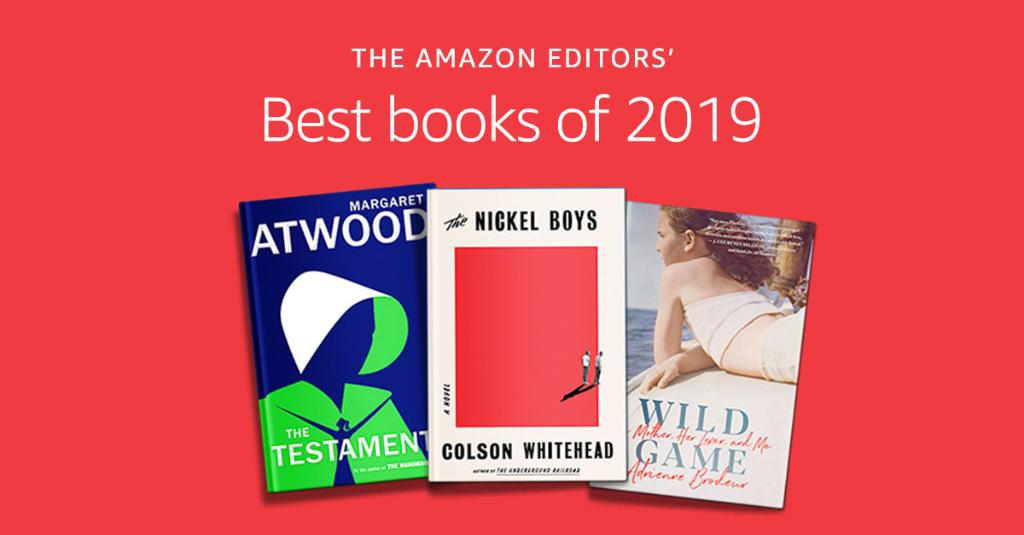 Every year Amazon editors read hundreds of books and shortlist them to 10 of the best books of the year. The list includes big-hearted novels, thrilling mysteries, moving memoirs, laugh-out-loud picture books, and more.

“The Books Editorial team reads thousands of new releases every year, all with the goal of recommending the very best to our customers,” said Sarah Gelman, Editorial Director, Amazon Books. “This year there were so many great books from various genres. Our top 100 Best Books list includes books with clever satire, heartwarming memoirs and psychological thrillers. But as soon as we read it, it was clear that Margaret Atwood’s The Testaments was the book of the year. The sequel to the modern classic The Handmaid’s Tale enraptured our editorial team and readers across the globe with a dramatic continuation of goings-on in the dystopian Republic of Gilead. It’s so exciting to witness literary history being made, and Atwood has done just that with this deeply moving book.”

The Testaments by Margaret Atwood: Praise be! After almost 35 years, Margaret Atwood released the sequel to her pioneering work of speculative fiction, The Handmaid’s Tale, and it is well worth the wait. While The Handmaid’s Tale explored how totalitarian regimes come to power, The Testaments delves into how they begin to fracture. At 80 years young, Atwood is at the top of her game.

The Nickel Boys: A Novel by Colson Whitehead: Having earned a Pulitzer and a National Book Award with his last novel, The Underground Railroad, Colson Whitehead follows up with a story about two young black men sent to the infamous Nickel Academy in Florida. Set during the 1960s Jim Crow era, the story follows Elwood and Turner who, despite different backgrounds and world views, learn to lean on one another to survive.

Wild Game by Adrienne Brodeur: The subtitle seems to say it all: My Mother, Her Lover, and Me. And yet there is so much more to the story. Adrienne Brodeur was fourteen when her mother started secretly dating Ben Souther. What developed after that was a strange, uncomfortable, impossible-to-look-away-from triangle in which young Adrienne became cover for the trysts between her mother and Ben. This is an engaging and at times breathless memoir that builds with anticipation and continues to unfold with observations and revelations.

Quichotte: A Novel by Salman Rushdie: An exquisite satire on the world we live in, Rushdie’s latest novel pays Cervantes a great, clever compliment with this deliciously funny Don Quixote for modern times. An unusual romantic quest kicks off a road trip across America in an age that would be utterly surreal if we weren’t actually living it. An antidote to fear, bursting with intelligence and wit—Quichotte is exactly what so many of us need right now.

The Starless Sea by Erin Morgenstern: Almost ten years after she wrote The Night Circus, Morgenstern offers readers a shape-shifting, time-bending, otherworldly adventure of storytelling, where pirates lurk and doors lead forward and backward in time, where crowded ballrooms collapse into oceans, and where a young man must piece together the clues to uncover and protect his own life’s story. This magnificent tribute to tales of the imagination is absolutely magical.

Super Pumped: The Battle for Uber by Mike Isaac: Super Pumped is a masterful and highly entertaining work of investigative journalism into the evolution of Uber and its maverick founder Travis Kalanick. Perfect for readers who were captivated by Bad Blood, Mike Isaac’s Super Pumped provides an insider’s view of the stunning highs and catastrophic lows of the company that changed the way we use transportation.

City of Girls: A Novel by Elizabeth Gilbert: It’s the 1940s, and the frivolous and fun-loving Vivian Morris arrives in New York with the goal of “becoming someone interesting”—and in short order she is, but for all the wrong reasons. The latest novel by the author of Eat, Pray, Love is bawdy, bighearted, and wise.

They Called Us Enemy by George Takei, Justin Eisinger, Steven Scott, and Harmony Becker: George Takei’s vivid graphic memoir reveals the story of his family’s incarceration during the internment of Japanese Americans during World War II, beginning when Takei was only five years old. Even as the memories depicted range from unsettling to infuriating, They Called Us Enemy inspires readers to insist that our country treats fellow human beings with fairness and dignity.

The Silent Patient by Alex Michaelides: In this psychological thriller, a couple seems to have it all until the wife is convicted of shooting her husband in the face. But she will say nothing about the crime—or anything else, for that matter. After a criminal psychologist obsessed with the case comes on the scene, dark twists and delightful turns follow, secrets (and a diary) are revealed, and you will likely find yourself racing to the end of this year’s must-read thriller.

During 2019, the Amazon Books editorial team read thousands of pages to help customers discover their next great read. Here are some interesting facts about this year’s Best Books of the Year list: