You are here: Home / Kindle News / Will Amazon add warm light to the Kindle Paperwhite in 2020? 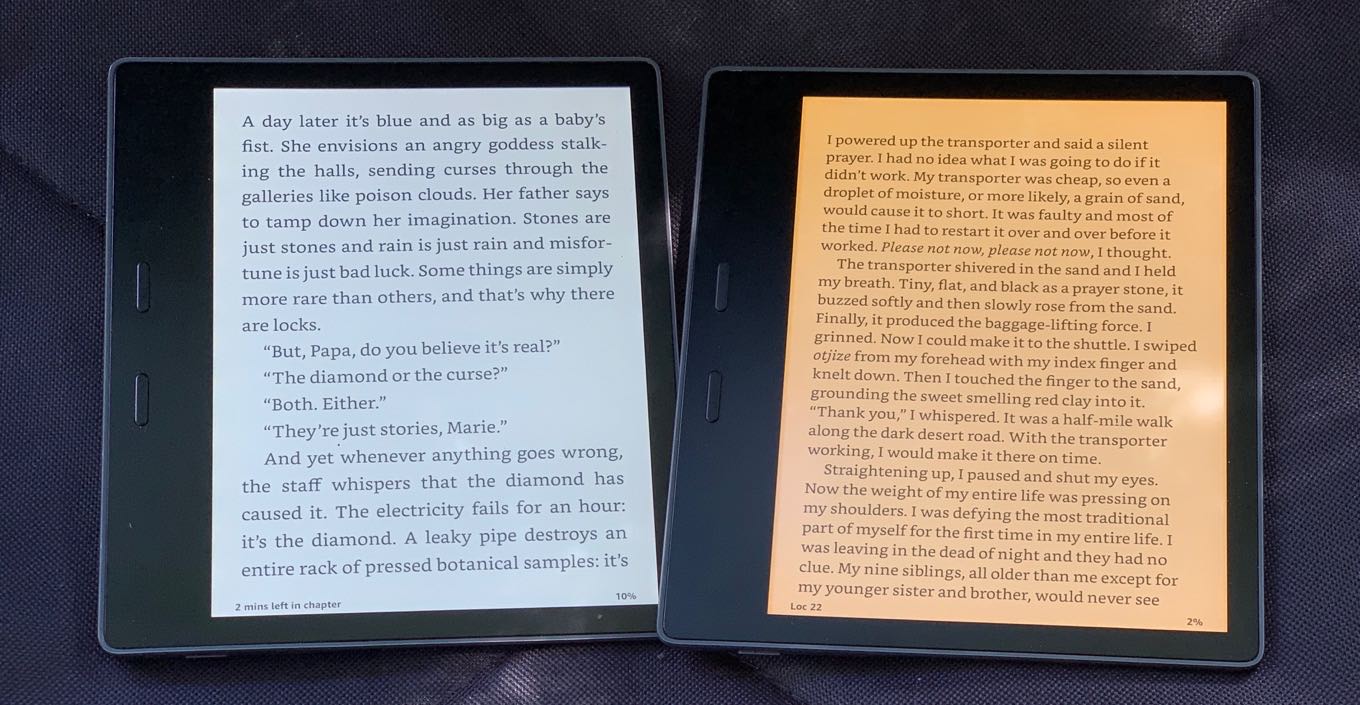 Amazon was last to the party for incorporating a glowlight system for the Kindle Oasis, their expensive flagship e-reader. A glowlight is a candlelight effect that warms up the screen with a series of Amber LED lights, in addition to the front-lit display that has white LED lights. Will Amazon use their new warm light system in the Kindle Paperwhite in 2020?

Amazon has front-lit technology in all of their current generation of e-readers such as the Kindle Basic, Kindle Paperwhite and Kindle Oasis. They have various amount of white LED lights at the bottom of the bezel and they project light upwards, evenly across the screen. This tech was originally developed so you can read at night and unlike backlit displays, light is never shining in your eyes. The amount of light emitting from the bottom of the screen can be controlled via a slider bar.

The warm light system has been around for around five years and they incorporate amber LED lights, evenly spaced between the white LED lights. The amber lights provide a warm candlelight to the screen, giving you various degrees of orange light, if you can configure it right with the front-lit and amber, you can get a really nice warm screen. This makes it really easy to read in bed, or at night, without disturbing your partner.

In 2019 Amazon refreshed the Kindle Oasis, they multi-hundred dollar e-reader with white and amber LED lights. Users could control the amount of light manually, or take advantage of the ambient light sensor to automatically control the brightness, based on your environment.

The Kindle Paperwhite never had an ambient light sensor, and if this model gets a warm light system, it will likely not have automatic light adjustment, unless they use the e-readers internal clock to adjust it automatically, this is what some companies like Barnes and Noble does with their Nook series of e-readers.

I believe that Amazon will utilize a warm light system in the Paperwhite 5, that should be announced sometime this year, it would prompt people to upgrade from older devices, which is always what Amazon relies on. The question is, should Amazon used amber LED lights in the new Paperwhite, and is this incentive enough to pay another $100 to upgrade from whatever Kindle you use now?