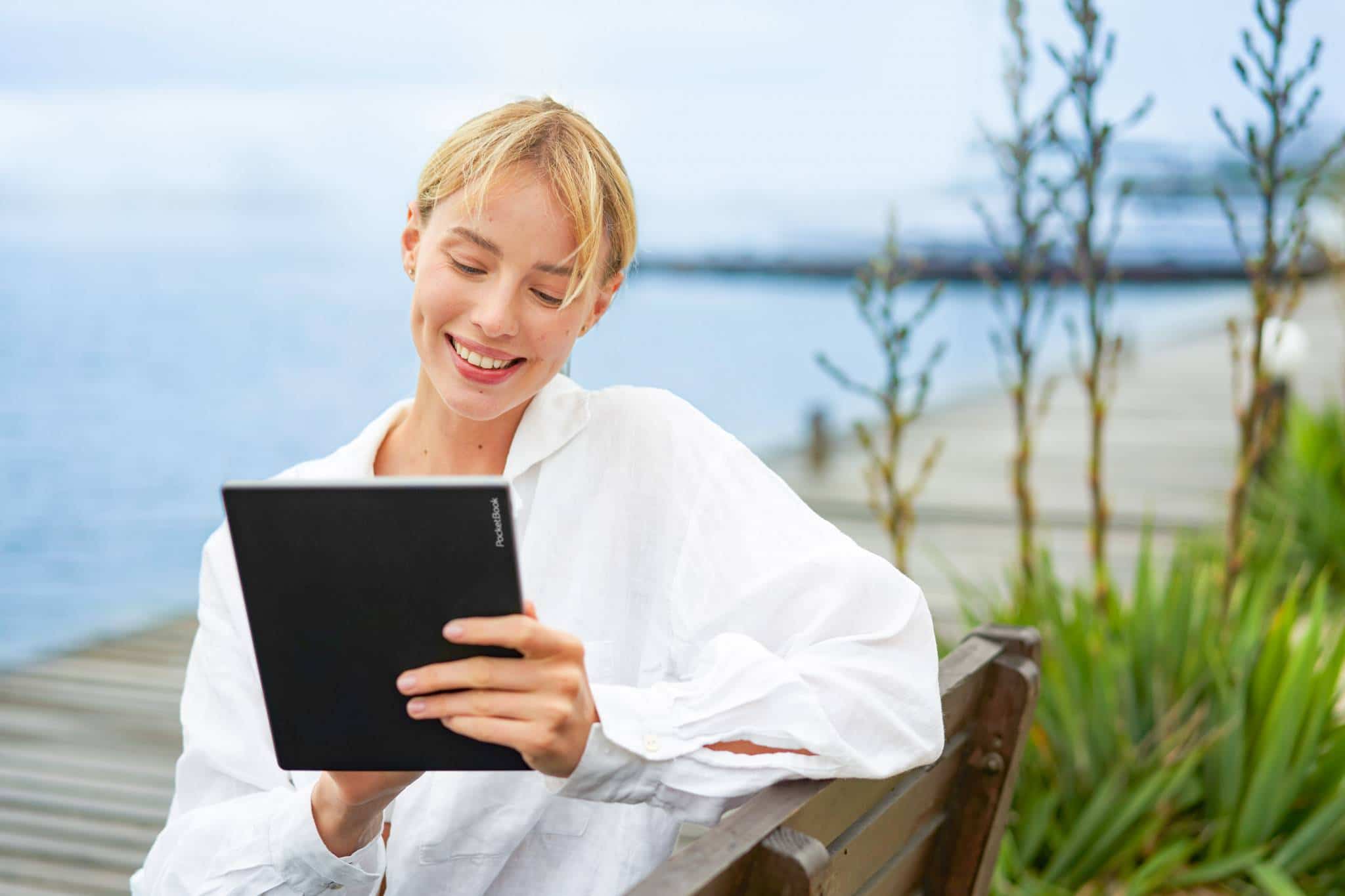 Pocketbook is gearing up to release a 9.7 inch dedicated ebook reader with middling hardware specs. It will retail for $299 when it is due this October. It supports a multitude of ebook formats, including CBR/CBZ for manga. It has an internet browser and a bunch of apps, and also a dedicated store, where you can purchase digital content. Will you buy the InkPad Lite?

The Pocketbook InkPad Lite features a 9.7 E INK Carta HD with a resolution of 1200×825 with 150 PPI. It has a front-lit display with 24 white LED lights to read at night or in lowlight conditions. You will be able to interact with the capacitive touchscreen display with your fingers, to click on navigational elements or turn pages of an ebook or PDF files. This device is also compatible with a capacitive stylus, which is useful for highlighting or taking notes.

PocketBook InkPad Lite has a new restrained and pragmatic design, which will surely appeal to lovers of classics. But the main innovation of the model is the control buttons which have moved from the bottom part of the device to the right-side panel. For many users, the e-reader will become even more ergonomic and convenient, thanks to the ability to turn pages using the side buttons.

Underneath the hood is a dual core 1.0 GHZ processor, 512MB of RAM and 8 GB of internal storage. It has a MicroSD card, which should provide an additional 128 GB of additional storage. Thanks to G-sensor, which detects device screen orientation, InkPad Lite is equally well suited for both right-handed and left-handed readers. You can connect up the bookstore or surf the internet via WIFI. People will happy to know that there is a USB-C port for charging and transferring data. Battery life should be around 4 weeks, thanks to the 2200 mAh battery. The dimensions are 236.2x173x7.9mm and weighs 369g.

It supports ACSM, CBR, CBZ, CHM, DJVU, DOC, DOCX, EPUB, EPUB(DRM), FB2, FB2.ZIP, HTM, HTML, MOBI, PDF, PDF (DRM), PRC, RTF and TXT. There are a number of Abby Lingvo dictionaries, with support for 24 languages. Thanks to the PocketBook Cloud and PocketBook Reader app users can synchronize books (and entire libraries) between different devices. In addition, the Dropbox and Send-to-PocketBook services together with built-in Wi-Fi, allow transferring books to the e-reader in just a few clicks.

I think a $299 price tag is very compelling.  Pocketbook is a trusted brand, that has been developing e-readers for over 15 years. The company is very internationally friendly and supports dozens of languages. The major drawbacks including a dual core processor and a paltry amount of RAM, although it is running Linux, and not Android.