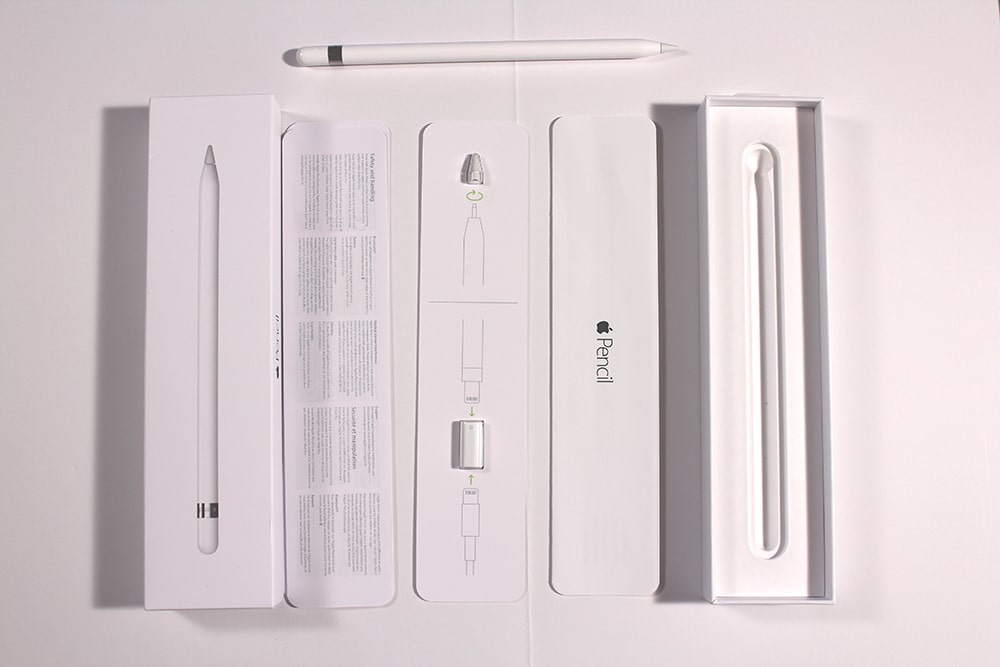 Apple has three different iPad Pro models that range in size from nine to twelve inches. It was designed to pair to your device and you can use it to take notes, make highlights or draw.

The Pencil measures 6.875 inches long and weighs a mere 0.64 ounces. It’s a smooth, white, plastic cylinder with a matte-gray, plastic tip and a removable rear cap with a Lightning jack under it. In order to pair it with your iPad you actually need to plug it in, an adapter ships with the unit so you can charge the Apple Pen when it is out of juice.  In the box you get the Pencil itself, an adapter that lets you charge it from a standard Lightning cable (instead of directly through your iPad Pro), and a replacement tip.

The Apple Pencil has built-in sensors to determine orientation and angle, and to detect a range of forces for pressure-sensitive drawing and writing. Apple has optimized the iPad Pro and iOS to ensure the Apple Pencil has minimal latency.  They keep refining the experience so it is excellent for specific uses.

I would recommend the Apple Pencil if you dig using apps like Evernote, Onenote, Procreate, Sketches or any of the Adobe apps. I think the Apple Pencil provides a better experience than the Microsoft Stylus does with the Surface range of tablets.