You are here: Home / Smart Phones / HiSense A6 is a new smartphone with an E Ink screen 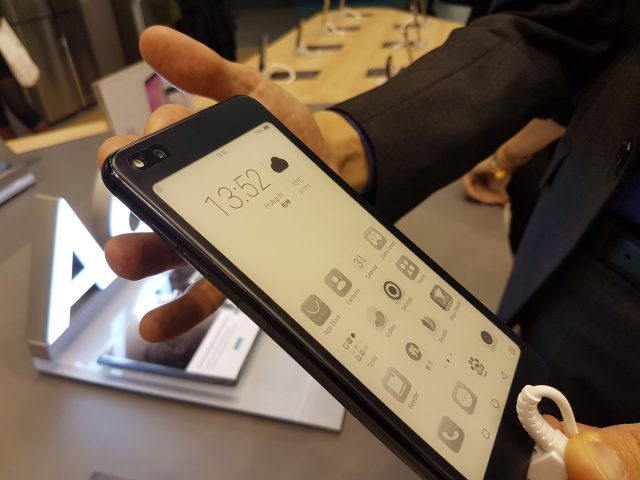 HIsense has released a few E Ink smartphones in the past, most notably the A2 that was released last year. The company has just unveiled the A6 which will be available this November for 499€ and will be launched in France and then the rest of Europe next year.

The Hisense A6 features a 6.1 inch AMOLED display on the front and a 5.6-inch E Ink Carta HD screen on the back. This device has a mirror mode, which projects the entire Android experience on the E Ink screen.  You can make phone calls, access Google Play or play around with the Kindle app. This is made possible because the E Ink panel has a touchscreen. 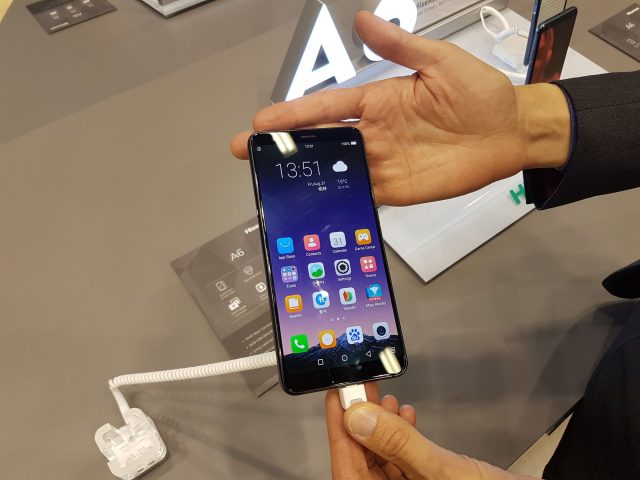 Underneath the hood is a Qualcomm Snapdragon 660 processor with 6GB of RAM and 64 or 128 GB of internal storage. There is also a dual sensor rear facing 12 megapixels camera and a 16 megapixel camera on the front for selfies. It is powered by a 3300 mAh and also has a USB-C port with Quick Charge, a face recognition system and a fingerprint reader on the edge.

Hisense does not normally make available any of their E Ink phones in North America. They tend to focus on Europe and China. Still, if this phone seems compelling it should be available on Alibaba in December.