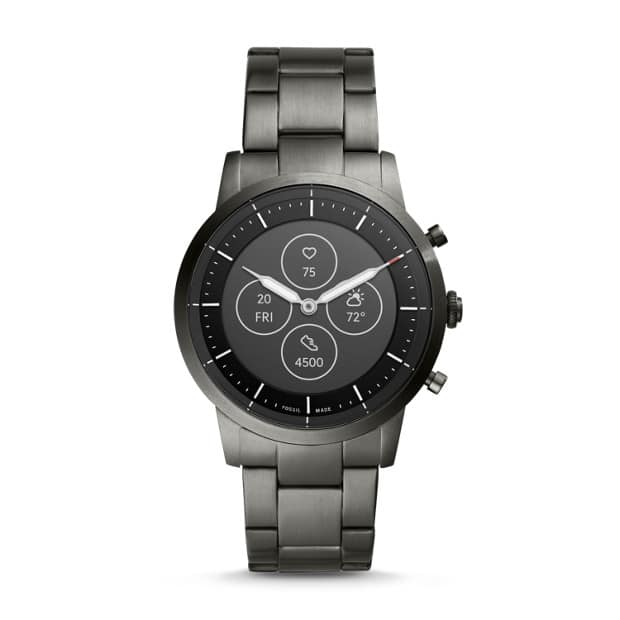 Fossil has developed a new smartwatch called the Hybrid AR and it has an E Ink display. It will need to be recharged every two weeks, which is not ideal. It has a built-in fitness tracker and can measure your heartbeat. It can also receive text notifications, emails, social media, app alerts, and can be your alarm clock. All of this data can be synced with Google Fit, so you can track all of your metrics through that app if you wanted.

This watch has 16 MB of storage and cannot install apps. It has Bluetooth to connect up to your Android or iOS smartphone. The case is 42mm and case thickness is 13mm and is made of stainless steel with no nickel. It is also waterproof, so you can wear it in the pool or shower, but it is not so good in salt water.

This watch is only available in Canada and comes with various watchfaces and bands for around $265, making it as affordable as an entry level Fitbit.