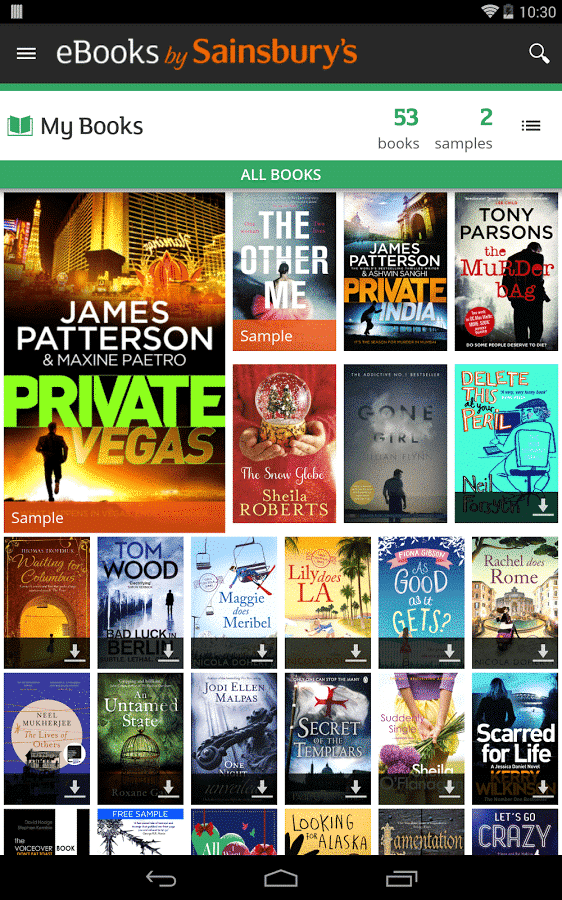 There are a number of new and notable Android apps that have been released this week and also some fairly major updates to some of your favorites. The Major League Baseball season is going to be starting soon and you might want to keep track of your favorite team with our spotlight on the the best MLB apps and games.

eBooks by Sainsbury’s – Barnes and Noble is closing their UK bookstore and all of their customers will be transferred to Sainsbury’s. This app is fully compatible with the entire line of Nook tablets.

Clash Royale – This is the first major title from  Clash of Clans publisher Super Cell in 2016.  The companies portfolio is very small, with only 3 games, so they get a ton of updates and a lot of love. On the surface Royale looks like a fairly easy game, but the longer you play the strategies become very complex. Clash of The Clans was overwhelmingly popular. Perhaps this one will get on the radar and make it to this list of Top Selling Games of 2016.

FunimationNow – Now you’ll be able to take your love of anime everywhere you go with the all-new and free FunimationNow mobile app. That’s right, all the subtitled and English-dubbed anime you love is available completely ad-free on the resigned Android app.

Plants vs. Zombies Heroes – Electronic Arts has made a new game that is a heavy departure from the standard Plants formula.  This new title is very similar to Clash Royale. Players can control either plants or zombies and play in a live multiplayer environment. It looks like mini MOBAS are going to be the next big thing in Android/IOS game development.

Microsoft Health – This is the official companion app to the Microsoft Band 2. Thanks to the update, sharing workouts just got easier, as now you can create custom Guided Workouts in the web dashboard, and share them with friends. You can now also track your weight using the Health app and Band,  to help you maintain your current weight, or help you reach your weight goals.

LEGO DC Mighty Micros –  This new game is squarely aimed at your kids and features a  series of minigames starring the cheap little collectible superhero cars.

FaceSwap – Photo Face Swap – If you have been using Facebook in the past few months you might have noticed a bunch of your friends posting pictures that swap each others faces. Download the app that started it all!

happn – This app toes the line between creepy and sweet; think Tinder crossed with the “missed connections” section of Craigslist. With Happn, your phone’s location services are used to show users you’ve crossed paths with, within around the area of one city block. From there, you’ll have the option to “like” people, like you would with Tinder. Happn seems perfect for people who are too shy to strike up a conversation with an attractive stranger in the line at the coffee shop.