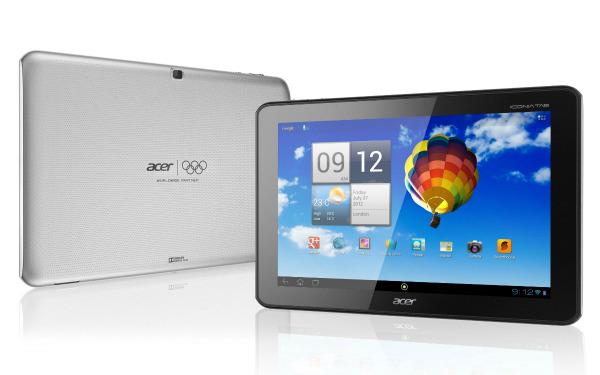 The Iconia Tab A510 happens to be Acer’s latest gen tablet offering, though things haven’t turned out the way that the Taiwanese company had earlier envisioned. In fact, things are going so terrible that the  A510 and A511 are no longer going to be available for sale.  The revelation was made on Acer Germany’s Facebook page, though no specific reasons were made available. So while its anybody’s guess right now as to what might be wrong with the tablet, the fault is leading to the device freezing up unexpectedly.

Retailers such as Amazon have changed the tablet’s status to “Under Review” and is not mentioning any time frame as to how long it will remain so. As such, it would be unwise to go for the tablet right now even if some retailers still have it up for sale. However, the tablet does seem like a good buy as it sports some nice specs while still being affordable enough.

The A510 and A511 are built around a 1.3 GHz quad-core Nvidia Tegra 3 processor, 1 GB of RAM, and a 10.1 inch 1280 x 800 pixel display upfront. The 5 megapixel camera up front is capable of capturing 720p HD video. Also, the Dolby Mobile 3+ audio with premium 5.1-channel HD output further augments the excellent multimedia capabilities of the tablet. Another extremely likeable aspect of the tablet is its 9800mAh battery that Acer claims is good for a backup time of around 15 hours.

However, with this being the state of affairs with the A510 and A511 tablet devices, Acer though is going ahead with the planned launch of the Olympic edition of the tablets next month. These are special edition tablets that are basically the same as the standard Iconia Tab A510, but have the Olympic rings engraved at the rear. It is unlikely that the Olympic edition of the A510 tablets are problem free, but since Acer is keen to launch the device next month, the problem might not be too serious or Acer is confident of resolving the issue by that time.