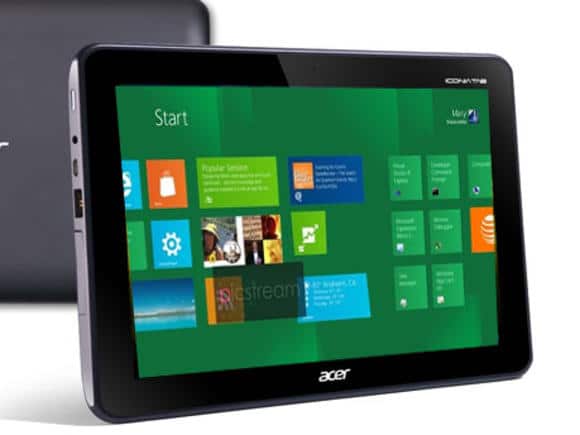 Acer has stated it plans to showcase its new generation of tablet devices running the Windows 8 OS during Computex in June. The company isn’t giving away anything about the upcoming tablet just yet, though its likely the tablet would sport a 10 inch display and based on the Intel Clover Trail chip. Acer’s tablet lineup is based exclusively on Google’s Android and it will be the first time they would be offering a Windows tablet.

However, apart from the tablet itself, a sore point for Windows 8 tablet could be its price. More so after Microsoft dropped enough hints of its intentions of raising licensing fees, something that will only add to the production costs.

Meanwhile, Acer isn’t going through the best of times as far as tablet devices are concerned, with sales of its Iconia Tab A510 put on hold following some defects with the tablet that freezes the device.

Computex starts June 5 and continues till June 9. We attended this event last year but will miss it this year due to our week long coverage of Book Expo America.