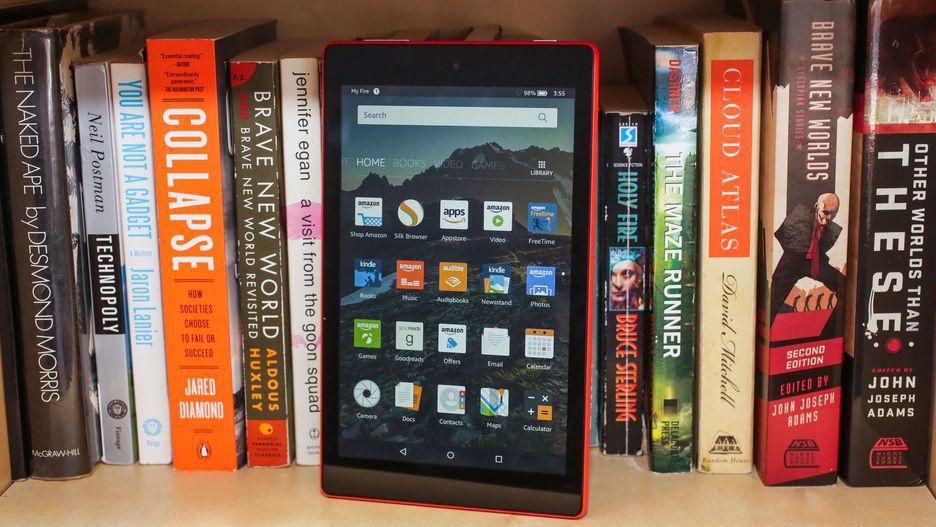 The Amazon Fire HD 8 is the second iteration of the 8 inch tablet that has hands free Amazon Alexa functionality right out of the box. The hardware and design is almost identical to the last few generations, the only thing that is different is that you can can now save movies and other media to the SD card and the maximum capacity is now 400GB.  The one thing this tablet has going for it, is the $80 price tag, but obviously you are not getting full HD experience when watching television shows or movies, much less 4K.

The Fire HD 8 features a resolution of 1280-by-800-pixel, but very reflective, and it isn’t the brightest. There are dual stereo speakers on the bottom when the tablet is in landscape mode. They’re perfectly loud if you’re holding the tablet. 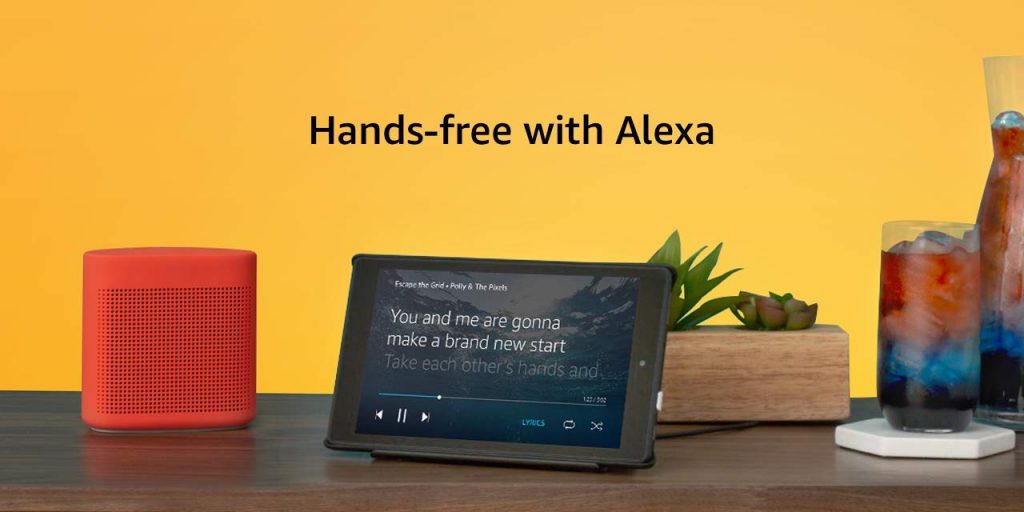 Underneath the hood is a 1.3Ghz Mediatek MT8163 processor, backed by 1.5GB RAM and 16GB of internal storage. For the most part, this is fine for simple web browsing, but even out the box it can often feel sluggish, with simple tasks like opening apps and swiping between screens occasionally prone to embarassing pauses.

The camera is the only other meaningful change from last year’s model. The new tablet improves the front-facing camera to 2 megapixels with 720p video, up from VGA. Its real purpose is for video chats—specifically, doing Drop In calls—and it’s fine for that, maintaining 30 frames per second of smooth video indoors. But the camera still takes awful stills. At best it’s soft and grainy, with photos looking like they were taken by a 10-year-old smartphone, absolutely covered in artifacts and without good exposure control. The rear, 2-megapixel camera is the same as last year’s, and not very good.

As for the battery, Amazon claims you’ll get 10 hours per charge. It’s a bit optimistic, but you can easily get 6 to 7 hours out of it when when streaming video. You can go for longer if you’re just using the tablet to read or browse the web. Once the battery is drained, the 4,750mAh took around six hours to fully charge and there is no quick charge option.

Obviously you are buying an Amazon tablet because it’s cheap and cheerful, but also because your invested in the ecosystem. Maybe this is because you have an existing Audible collection or have hundreds of Kindle ebooks. If you are an Amazon Prime member, perhaps Prime Video is something that you already watch. The Man in Highcastle, the Purge or the new Jack Ryan series are all getting good reviews. Although, the overall selection of content pales in comparison to Netflix you can download this app, as well as Hulu and other mainstream apps from the Amazon App Store.

I have never been completely sold on the Amazon App Store. Every app that is submitted has to have a special Amazon API and use a SDK if they want to handle in-app transactions. This prevents a number of mainstream apps from finding their way into the app store, since it requires more manpower to update. For example, you will find Moon+ PRO and other ebook reading apps, but not the free versions.

You should consider buying this tablet if you are looking for something for the kids or leave in in the bathroom. It certainly will not be daily goto tablet because of the paltry resolution and performance issues.