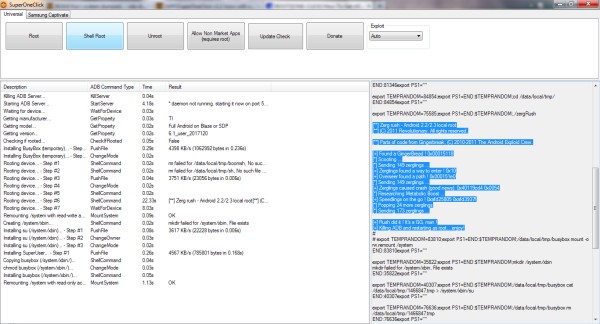 It looks less then a day after the Amazon Kindle Fire to get rooted! A user known as Death2all110 during his adventures of getting ADB going installed SuperOneClick 2.2 to the Fire and rooted it. To get ADB going you must already have the SDK on your machine and used it.

This requires some technical knowledge at the moment to get the whole process to work but there is a great tutorial HERE on how how to get SuperOneClick installed on your machine and supports many version of Windows and Linux. This is sure to be a hot button topic today so make sure to hit the source links below for further instructions.

via XDA Developers and Androidforums