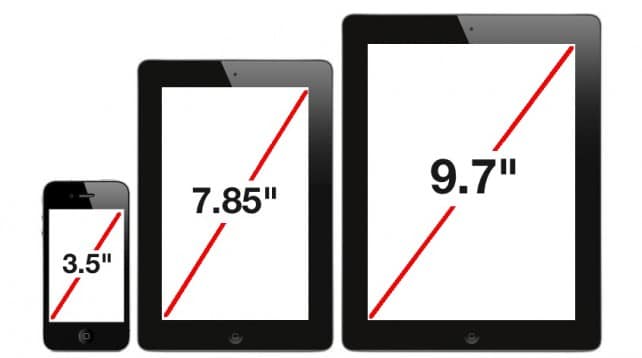 With the dust finally settling around the iPad 2 replacement, which is believed to break cover around the first week of March, the spotlight it seems is getting back to the 7 inch iPad. Analyst Erza Gottheil from Technology Business Research concludes that the 7 inch version of the iPad 3 will be coming out next year. According to the analyst, the smaller version would have Siri and wireless keyboard featuring in it.

It has been a case of flip flopping as far as a 7 inch tablet from Apple is concerned, with Steve Jobs having ruled out the device citing app incompatibility. However, coming out with a 7 inch sized iPad might still make sense in view of the success that the Kindle Fire or the Nook Tablet have recently enjoyed. In fact, it’s a whole new tablet segment that has emerged, characterized by low initial costs and less features yet very successful. Currently, the segment is dominated by the Kindle Fire, Nook Tablet, and the Kobo Vox. Samsung also has 7 inch tablet offerings, though a bit high priced.

However, Apple is more than likely to keep the upcoming March event exclusive to the 9.7 inch sized iPad 3, while the smaller iPad with a 7.85 sized display might have an event centered around it later in the year. We have already come across reports of Apple having taken possession of a sizeable shipment of 7.85 sized touch panels, which further reinforces the rumors of such an iPad being indeed in the making.

We will surely know more in the coming days.