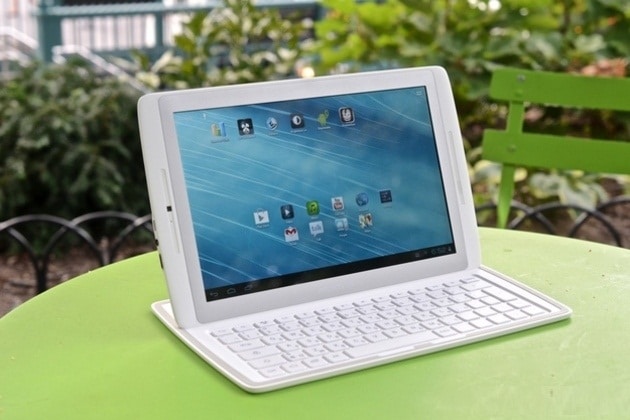 The Archos 101 XS is a long way off from the 101 G9, which marked the French manufacturer’s previous attempt at a 10.1 inch tablet. The Archos 101 G9 was hefty and made no pretense to be otherwise, featuring a massive 250 GB hard disk. The latest 101 XS is all about being sleek and sophisticated. The 101 XS marks a bold departure from all the tablet devices that Archos has developed so far; the 101 XS is a sufficiently thin device with a detachable keyboard that also doubles up as a tough covering for the display when closed. With less bulk, the tablet also is a lot lighter than its predecessor.

The tablet part of the 101 XS measures just 8mm in thickness, while the keypad unit (called Coverboard by Archos) is only 5mm. Compare the same figures with the Transformer Pad 300 (which stands at 9.9mm and 10.2mm for the tablet and keyboard unit respectively) and you get a fairly good picture of how thin and light the latest Archos tablet is. The 101 XS weighs just 595 gms while the TF300 weighs over a kilo. However, to be fair with the TF300, the Coverboard is devoid of a battery of its own.

Build quality of the device sporting a gray and white color scheme is quite good, though not the best in class. Attaching and detaching the Coverboard is a breeze with the user magnetically guided to the docking slot. There is also a folding stand that can be raised from the Coverboard, which will provide support to the tablet when attached to the Coverboard. However, while the entire setup is unique, its also a bit delicate and requires careful handling to avoid the stand being snapped off the base. 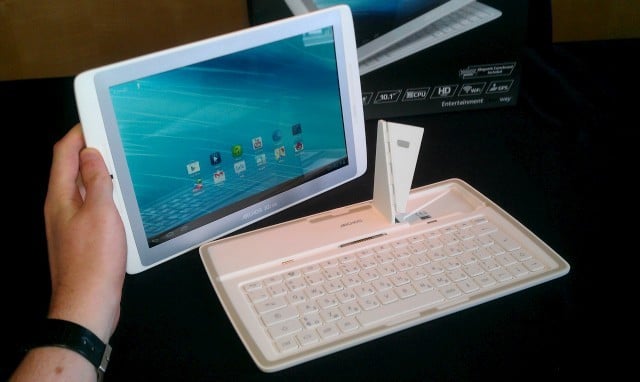 Packed inside is a 1.5 Ghz OMAP 4470 Dual Core CPU, which together with PowerVR SGX544 GPU and 1 GB of RAM allows for impressive performance. While the above setup does not transform the 101 XS into a speed devil, the tablet is definitely faster than many tablets built around a dual core processor. On-board storage amounts to 16 GB of flash memory, which can be expanded all the way up to 64 GB via MicroSD card. Up front is a 10.1-inch display having a resolution of 1280 x 800 pixels. While the increase in pixel count is welcome, the display is abysmal and leaves a lot to be desired. Perhaps a software update can set things right, though until that is available, you will have to live with such deficiencies such as restricted viewing angles, distorted colors, or a general bluish hue to the screen that is often distracting.

For connectivity, the 101 XS has a micro USB port, a microSD card slot, a 3.5mm audio jack, along with a mini HDMI out slot, all packed along the left side of the device. There is a mini USB port on the Coverboard that can be used to charge the tablet when it’s docked with the latter and connected to a power source. Interestingly, when not connected to a power source, it is the tablet that goes on to power the Coverboard. As for the typing experience, you really need to get used to the keyboard, which somehow performs less well than you would hope. For wireless connectivity, the 101 XS is both Wi-fi and Bluetooth 4.0 capable.

Meanwhile, Archos has also stated that more accessories including an Archos Speaker Dock, Docking Station, and Pouches featuring the same docking technology are also in the works to allow for a more complete experience with the tablet.

Further, the 101 XS includes a camera (1.5 megapixel) on the front and to the side, which will allow for better video conferencing when the tablet is held in portrait mode. There is no camera along the back, most likely to keep costs low. As with the camera, the 101 XS also comes with a single speaker integrated on the front along the right of the display. While the sound quality is not bad, the fact that there is only one source ensures we won’t have the all enveloping audio experience that a twin speaker setup offers. 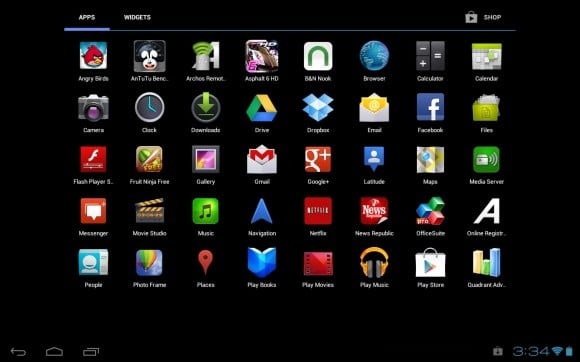 The 101 XS runs Android 4.0 ICS out of the box, but Archos has already confirmed the Jelly Bean update is just round the corner (read end of the year). Also, the ICS version is devoid of any customization built on top. Archos has included its own music, video, and file manager applications with the device, which also includes other widely used applications such as Facebook, Twitter along with the usual Google stuff such as Gmail, Google +, and the Google Play Store.

Other gaming apps that come pre-loaded include Angry Birds, Fruit ninja, Gameloft Spider Man, and Asphalt 6 for racing enthusiasts. The tablet also includes some essential apps, such as Skype or the Office Suite Pro.

Out of the box, the 101 XS features the Zinio Reader and the Nook app, though there is no stopping anyone from downloading any other ebook reading apps, such as Amazon or Kobo directly from the internet. However, since the display is not the best, reading off the tablet can be a chore. Restrictive viewing angles means one will have to hold the device at a particular ‘sweet spot’ to allow for optimum viewing pleasure. The tablet otherwise is quite light weight and handles well, but a disappointing display spoils the show.

As Anndrew Vacca from Android Central points out, “I’ll go as far as to say this display is one of the worst I’ve seen since early generations of Android devices. Viewing angles are abysmal, colors are distorted, and the screen has a general bluish-hue that is both distracting and inexcusable. The 1200 x 800 resolution here is a step up from the 1024 x 600 display on Archos’ last generation of tablets, though its worse than you would think, and you’d have to be blind to miss the pixelation apparent here. Even firing up the display is a test of patience, as I’ve counted a full two seconds for the display to turn on. This is a true miss on an otherwise admirable device.” 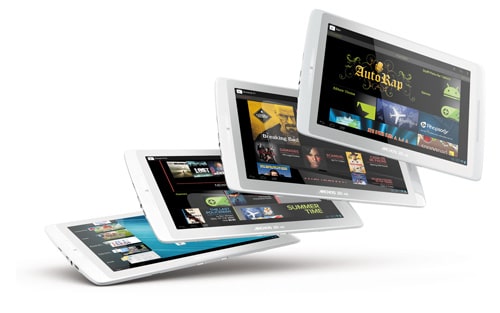 While a final conclusion to this effect is some way off, a figure of 10 hours seems pretty much achievable right now.

For $399, what you are getting is a tablet that does not promise you the moon while still being capable enough to not to leave you stranded and frustrated. It can be considered the best tablet you can buy for less than $400, with equal measure of style and substance to add to its appeal. With the Coverboard also included, the 101 XS will also be helpful to those who have to type a lot.

In the end, mediocrity is perhaps the best word to describe the 101 XS, which in itself comes as no surprise from Archos. The company tends to make middle tier tablet devices that are neither great nor terrible. The quality of materials used is better than the stuff that we have grown used to from Archos, though definitely not up to the standards that Samsung or Sony products are known for. The 101 also sports slightly outdated specs and the only thing going for it is the Coverboard that comes at no extra cost and a promised Jelly Bean update. Whether those can propel Archos into the big league remains to be seen, though we have got to wait until November (the tablet is released then) to find out the market response.