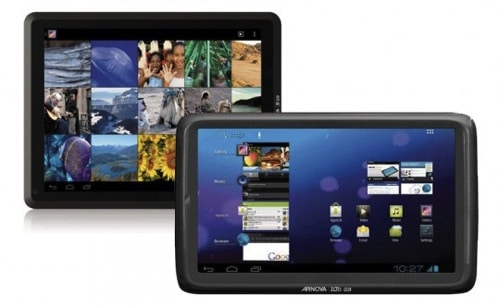 French manufacturer Archos already has quite a few tablet offerings in the budget segment, and two more tablets—Arnova 9b G3 and Arnova 10b G3—are going to be added to that list soon.

Specs are basic, which isn’t unusual for a tablet that promises to be kind to your wallet. The 10b G3 is built around a 1 GHz single-core chip, which is fast becoming obsolete with the advent of quad core processors. A gig of RAM is the saving grace, which should ensure things remain speedy enough, while an 8 GB internal memory takes care of storage requirements. Operating system is Android 4.0 ICS, while as the name suggest, the tablet comes with a 10.1 inch 1024 x 600 pixel display. Price is a comfortable $200.

For 9b G3, the specs are almost the same, except it has a smaller 9.7 inch display with an aspect ratio of 4:3. On board storage is halved at 4 GB for the same processor. Pricing is still anybody’s guess for the 9b G3 device, though it could be more than the 10b version owing to a better display.