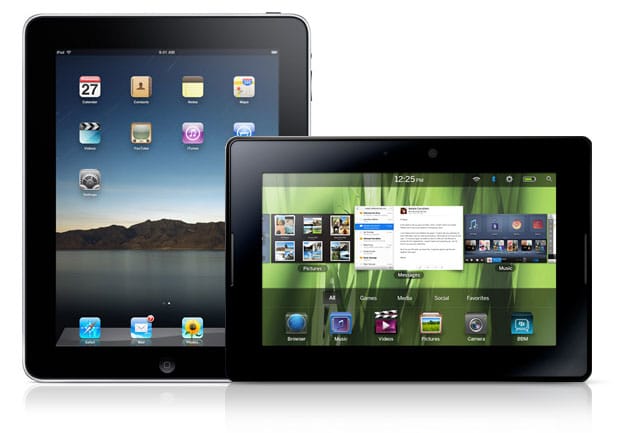 If you need proof of RIM’s PlayBook tablet’s superiority over the iPad, here it is. But the problem is, the video is put forward by RIM to drive home the above mentioned point and viewers may claim its biased towards the PlayBook tablet. Also, both the devices are not in the exact same category with the iPad at 10 inches is 3 inches more than the PlayBook that can boast of only a 7 inch display. But then, size apart, the PlayBook has a dual core processor while the iPad is battling it out with only a single core unit at its heart.

Coming to the video, the PlayBook is compared with the iPad on three counts, the speed at which the RIM tablet is able to load its browser, its ability to render rich Adobe Flash content as well as its capability to deal with open web standards like HTML 5.

The video will also serve those well who are keenly awaiting the release of the PlayBook as well as those who love to see the iPad getting beaten.