You are here: Home / Tablet PC News / Google and Verizon team up for a Slate PC 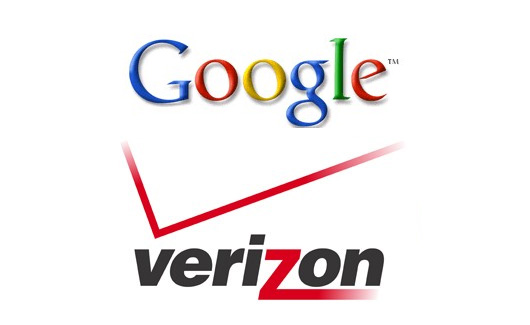 We reported last month that Google was working on a Slate/Tablet PC, to be released later this year. The big news today according to a Wall Street Journal article has USA Telecommunications giant Verizon Wireless partnering about with Google, to release a Slate PC.

In an interview with the Wall Street Journal yesterday, Verizon chief executive Lowell McAdam confirmed that his company was collaborating with Google, although cohesive details were sparse. Lowell simply told the Journal, “We’re looking at all the things Google has in its archives that we could put on a tablet to make it a great experience.” Meanwhile, in an interview with Bloomberg, Verizon VP of corporate communications Marquett Smith announced that their new Slate PC will infact run on Google’s Android operating system She also went on to elaborate that further details will be available in the next week.

In the same Wall Street Journal Article Lowell hinted that the Verizon tablet would come about in a similar way to the Droid phone, with the Google Android Operating system, third-party hardware and Verizon’s data network. Although in order for this to happen Verizon will have to complete its new LTE 4G network, which is due out early next year.

This move into an exclusive partnership will intensify the competition between Google and Apple, two former allies who have gone into competition recently with the debut of Apple iAd. Apple iAd is a proprietary Apple solution aimed at iPhone Mobile users. Whereas Google Android software is being used on many smart phones and Netbooks.

One of the big factors in this deal proves that Verizon wants a share of the business that rival wireless provider AT&T has been enjoying with its exclusive arrangement to support Apple’s iPhone as well as the iPad.

Verizon has always been firmly interested in carrying Apple’s popular iPhone, but so far AT&T continues to hold an exclusive grip with a direct partnership with Apple to support the iPhone as well as the iPad. When Verizon launched the Motorola Droid and was the first partner with the Nexus One, both running Android, it positioned it as a competitor to the iPhone. Selling an Android-powered tablet will be a pivotal extension of that strategy.

Verizon’s CEO did not elaborate on what role his company would play in developing or selling an Android tablet, who would manufacture the device? or when it would be available? He also didn’t say if Verizon would subsidize the retail price of an Android tablet as it does with mobile phones. AT&T subsidizes the price of the iPhone, but it does not provide a subsidy for the iPad.

The Verizon and Google partner makes sense, as Apple such an exclusive deal with AT&T on everything, Verizon is the odd man out not having a computing mega power, and that’s where Google comes into Play. Verizon and Google do have a successful track record releasing Google’s line of Smartphone’s and many of the new generation of phones all carrying the Android Operating System.

Google has been rumoured for the last three months to be nearing completion on its Google Tablet, but so far core details have been murky, forming a partnership for 3G data is the last step to bring the Slate to the market. No doubt the Google Slate will run Android 2.1 and have full access to the Android Marketplace.

The Apple iPad is garnering tremendous success domestically in the USA and will be available internationally at the end of May. With Versions new 4G network not being operational until early next year, we have to wonder if people will hold out for the Google Slate, while the iPad is a runaway success.

For more news on Verizon and Google’s partnership, subscribe to our Good E-Reader Magazine! Also, if you are looking for Ebooks, try out our new Good eBook subscription program.