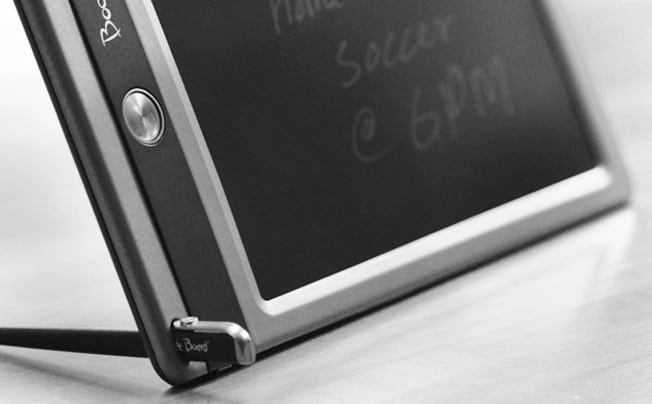 The Boogie Board Jot eWriter is the latest offering from Improv electronics that is well known for their eWriter line of products such as the Boogie Board LCD eWriter. The Jot eWriter also shares a lot of similarity with its stable mates, the primary of which is the Reflex LCF technology based display. Further, the latest product won’t be seen bothering the battery unit while data is being written on it or for retaining what has been written. The Jot eWriter though differs from its peers in not being able to store any data that is written on it. Also, being based on Reflex LCF technology, the display will need an external light source to be visible. The only time the gadget draws power is when the content is being erased and the coin battery that the gadget comes with is enough to support about 50,000 erases.

Other differences evident on the Jot eWriter compared to the previous versions of Boogie Boards is the erase lock switch that it incorporates. The new model also sports a “metallic look” at the front while the rear is based on soft touch technology that allows it for better gripping of the gadget. That’s not all for the Jot eWriter also includes a magnet at its rear that enables it to be attached to suitable surfaces like the fridge and so on. However, a distinguishing aspect of the Jot eWriter is the tapered stylus that it comes with which when inserted in the hole at the top left of the device acts as a stand holding the device in an upright position. Other times the stylus is an input device as the name suggests.

Cost of the Boogie Board Jot eWriter is expected to be US$ 39.99 and is supposed to be released in September.