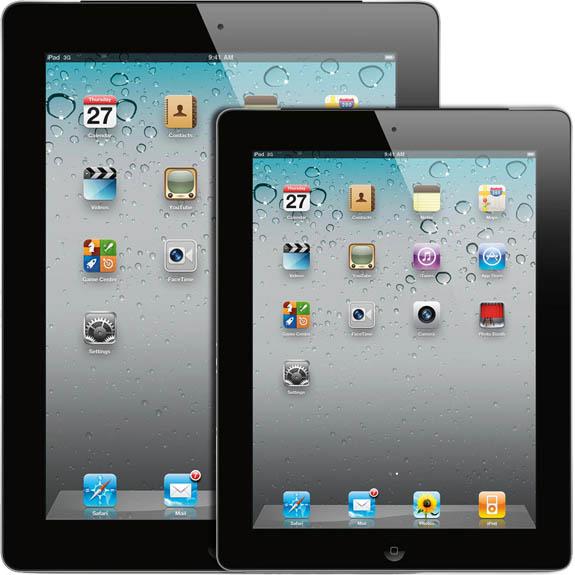 Rumors of a mini iPad are back to tantalize us again. This should sound familiar, since such rumors have been off and on for more than a year now. Especially since these rumors appear every time a high profile 7 inch tablet grabs the headlines. The last time the iPad mini was in the news was when the Kindle Fire launched during the last holiday season. Now with Google Nexus 7 coming out, we are once again confronted with rumors of a smaller iPad, though every time the lack of evidence prevented us from a definitive conclusion.

The closest we have been to evidence of a smaller iPad was when there was news of Apple placing a sizable order for 7.85 sized panels from LG and AU Optronics. That was during Dec 2011, and of course time has proved those were nothing but rumors after all. This time, the IGZO LCD panel from Sharp is believed to be in the reckoning for the mini iPad display. No specific screen resolutions were mentioned, but Sharp is capable of producing panels that boast of a pixel density of 330 ppi, meaning the mini iPad will also have retina display if it is ever made.

The likes of the Kindle Fire, the Nook tablet, or the Kobo Vox have proved beyond doubt that there does exist a market for a low cost tablet, and we will see if Apple will indeed go ahead and produce such a device. Especially with the advent of the Google Nexus 7 while an advanced version of Kindle Fire is also in the making.