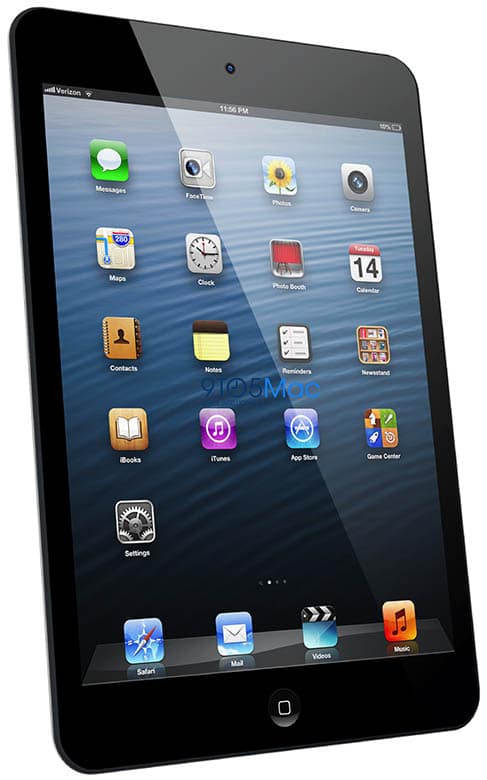 iPad Mini has been the talk of the town for quite some time and there has been a continuous buildup surrounding its arrival. All without Apple mentioning it at all until now. There are leaked photos of the component that is being used on the tablet and many other such unconfirmed news bits.

Bloomberg has confirmed news from four different makers of display units that are intended to be fitted for the iPad Mini. LG and AU Optronics, says Bloomberg, will be making the Mini’s display screens. According to the report, the Mini will be available in the market around October.

There has been a steady flow of reports of a smaller iPad in development, indicating it will have a 7.85 sized display and be launched in October. However, Apple is known for producing completely unexpected projects. Final judgement on this should be reserved until we get to see the real thing. The leaked images do point towards a device with a very appealing design. It does look like an oversized iPhone, but that’s not a problem at all. As for its functioning, we already are used to how the iPhone and the iPad behaves and it would make even bigger news if the device is found lacking in features and performance.