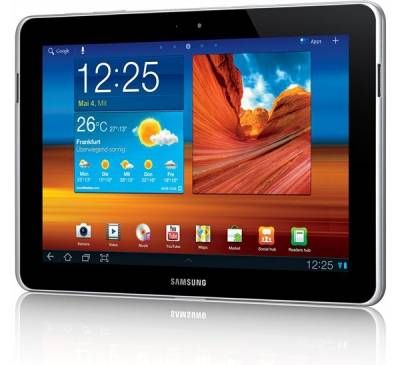 Not surprisingly, Samsung’s new Galaxy Tab 10.1N has failed to impress Apple boffins with the latter already having moved court to seek a fresh ban on Samsung selling the re-designed tablet. Samsung had earlier lost their case in court and had to stop selling their Galaxy Tab 10.1 in Germany due to a ruling by a local court that had gone in favor of Apple.

Samsung has however not taken all of it lying down and has introduced the tablet in a new format and have renamed it Galaxy Tab 10.1N. The change is design is more ornamental with a chrome surrounding added to the front which now also houses the speakers. These apart, almost everything else with the new 10 inch Galaxy Tab remains the same.

However, the fight goes on with Apple now moving court once again against the Galaxy Tab 10.1N claiming all of the modification meted out to the Galaxy Tab 10.1 isn’t enough to justify it be allowed to co-exist with the iPad 2. The court has set a December 22 date for the hearing though till then Samsung is free to sell the device. Interestingly, the initial injunction against Samsung covers the three tablets from the company with screen size including 7.7, 8.9 and 10.1 inches.

As such, it is to be seen who wins the second round of the court battle. Samsung though is confident they can prove the Galaxy Tab 10.1N is a lot different from the corresponding Apple offering. Also, this