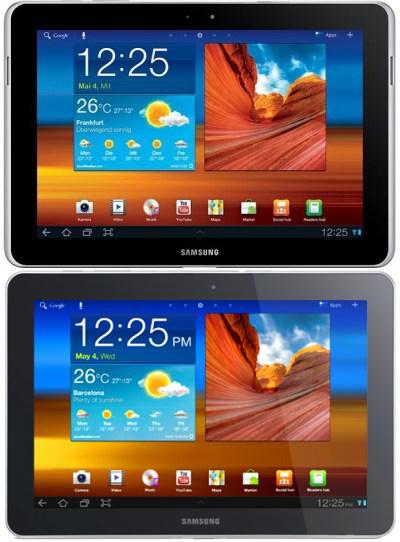 Comparing the original with the newly launched redesigned version of the tablet, it would be evident that the only difference is the metal frame on the Galaxy Tab10.1N has, which appears to wrap around the two sides of the tablet. Any other change to the features of the tablet, including its hardware set up, is not yet known, except that it now features Bluetooth 3.0. There is, however, one piece of news to cheer about, and that being the new tablet is coming with Android 3.2 Honeycomb.

A judge in an American court had famously held up both the Galaxy Tab 10.1 and the iPad 2 asking the lawyers representing Samsung to identify the product they are defending. That they took quite some time to do so can be enough evidence on the design similarity the two tablets share. The re-designed Galaxy Tab 10.1N (N perhaps stands for new) will be easier to identify even from a distance, though what remains to be seen is whether the legal fraternity in Germany will be impressed enough.

The new Galaxy Tab 10.1N won’t go down well with Apple, and it will be interesting to see how they respond to the changed scenario.