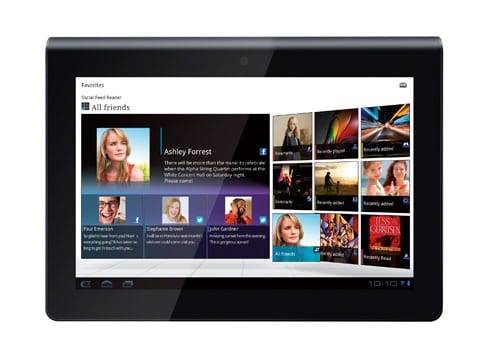 Sony has made available its Tablet S in India. On offer is the base 16 GB Wi-Fi only version of the tablet while the price mentioned is Rs. 29,990. However, that is a rather steep price for a tablet without 3G connectivity. More so since Sony isn’t offering its Music Unlimited, E-Books and Videos Unlimited services to its Indian consumers.

As for the tablet’s specifications, it should be all too familiar stuff by now. Like a dual core Nvidia Tegra 2 processor that works in conjugation with a 1 GB RAM. This makes it suitable for having a smoothly running Android 3.2 Honeycomb. The looks of the tablet resembles an open folded magazine and comes with a 9.4 inch display having a resolution of 1280 x 800 pixels. The device comes with 16 GB of on board storage but has capability for supporting 32 GB storage cards.

Users of both Sony S and Sony P would be able to download games from Sony PlayStation Store as the tablets have support for this. However, whether the Android 4.0 Ice Cream Sandwich update would be applicable for the two tablets is too early to decide.