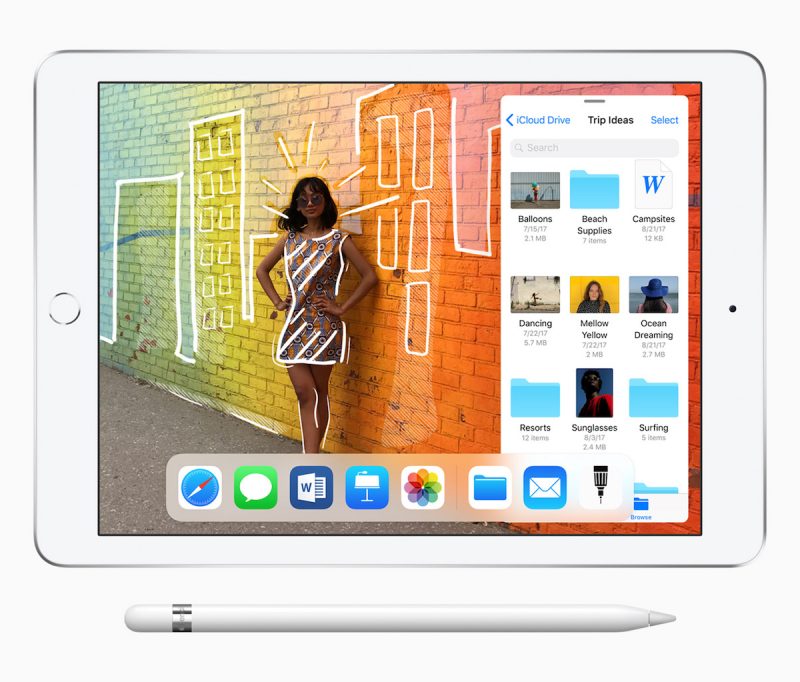 The Apple iPad is most popular tablet in the world and 9.1 million of them were sold in the first three months of 2018 according to the IDC.  This represents a four year high for the Cupertino company, likely driven by entry level iPad released last year for $299. Apple has a 28% global market share and continue to be the brand to beat.

IDC said worldwide tablet shipments from all vendors combined declined 11.7 percent in the first quarter on a year-over-year basis, making the iPad’s gains in sales, revenue, and market share all the more impressive.

Amazon continues to sell less Fire Tablets and sold 1.1 million units in Q1 2018, which represent a 3.5% market share. Last year around the same time they sold 2.2 million units and had a 6% market share, so less people are buying Amazon branded devices. The IDC report is contradictory to research conducted by Strategy Analytics, which estimates Amazon shipped 2.8 million tablets in the first quarter, and it’s unclear why there is such a large discrepancy between the numbers. IDC said Amazon’s quarterly downturn “does not come as a surprise” given that its tablet sales are highly seasonal.

What is next for the Apple iPad in 2018? The company intends on releasing one new PRO model with a slimmer bezel, no home button and Face ID later this year. It remains to be seen if they will continue to refresh the Apple iPad Mini.