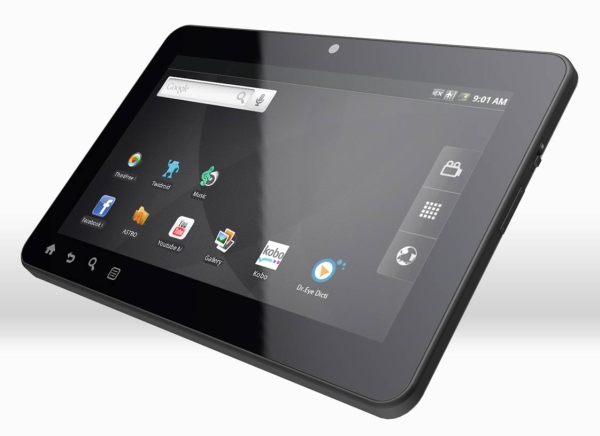 Well everyone knew the unofficial theme of this years edition of the CES would be tablet PCs and the premier tech show and among the horde of tablet devices that made its debut so far include a trio from Velocity Micro that will further add strength to their tablet line up.

So after the Cruz Reader and Cruz Tablets T301 and T103, here are three new tablets PCs from Velocity Micro that range in size from 7 to 10 inches. For the President and CEO of Velocity Micro, Randy Copeland, the new tablets that the company launched is the culmination of what they had set out to achieve, that of creating “thin, powerful, and feature rich devices.”

Coming to the tablets, first off is the Cruz Tablet L37: a 7 inch tablet with a 1024 x 600 pixel capacitive touchscreen display, 802.11b/g/n WiFi, 4GB of storage, 3G, GPS, Bluetooth, and micro-HDMI. The tablet also includes front and rear facing cameras.

Next, there is the Cruz Tablet P38: a 8 inch tablet with 1024 x 768 pixel display along with much the same spec as the 7 inch sibling. Apart from the larger size, there however is another factor that differentiates the P38 from its smaller 7 inch sized sibling – the presence of a full sized HDMI port.

All the three Cruz tablets will run Google Android 2.2 or 2.3 and will ship with the Amazon Kindle app preloaded. However, there is no word yet as to when the tablets are expected to begin shipping or what they will cost once it does. Velocity Micro tablet though have always featured below the $300 mark and it remains to be seen if the same will be applicable for the new tablets as well.