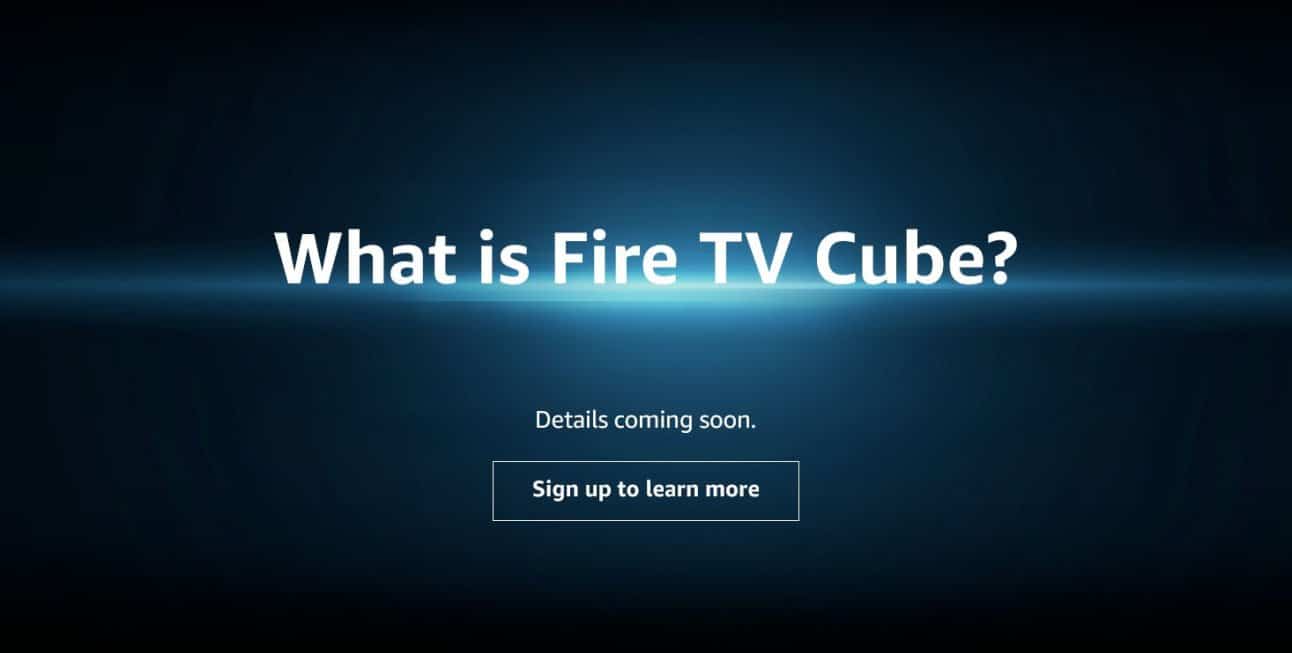 Amazon has developed a new product called the Fire TV Cube and there is a product listing available on their website. It is believed that the Fire TV Cube will serve a dual purpose, it will function as a dedicated Amazon Echo and also a 4K television streaming box.

It is rumored that the upcoming streaming device will have what amounts to an Echo Dot built-into the top so that it can be controlled with just your voice. This will be a tremendous advantage over the current generation lineup, which includes Fire TVs, Fire TV Sticks, and Fire TV Edition televisions. All of these gizmos can be controlled by Alexa, but you need the voice remote. A built-in speaker in the Fire TV Cube will allow you to interact with Alexa, even with the television turned off.

The cube-shaped Fire TV is expected to be Amazon’s high-end version of its video streaming devices. AFTVnews reported that it’s equipped with far-field microphones and an integrated speaker, as well as an LED light bar. The light bar suggests Alexa compatibility, which would allow for remote voice commands.

An Amazon spokesman told Good e-Reader “This was not an announcement, just a webpage. More details will be coming soon.”