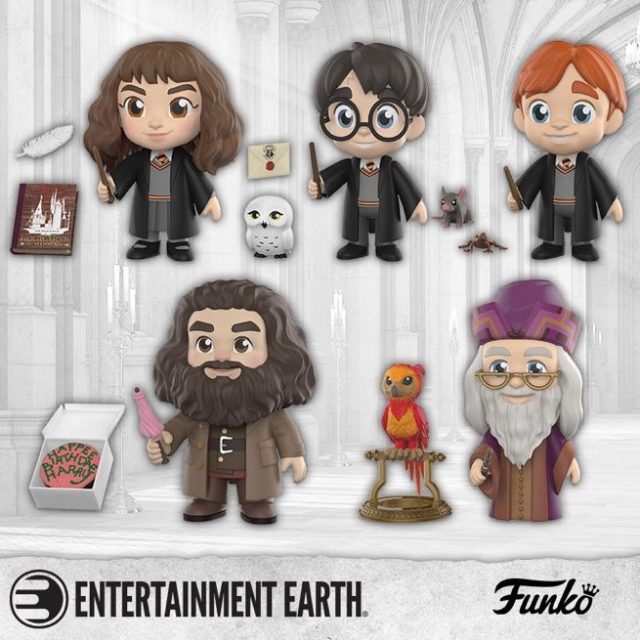 Funko is a company that licenses hundreds of properties that develops over the top figurines. The company has just unveiled the 5 Star product line and it has three points of articulation, accessories, and detailed faces. Funko is going to be using Harry Potter as the first series and will be doing figures of  Hermione Granger and Ron Weasley with their Hogwarts mentors Albus Dumbledore and Rubeus Hagrid. Each figure is accompanied by an animal companion such as Hedwig the owl or by an iconic character-defining object such as Harry’s Hogwarts acceptance letter or Hagrid’s pink umbrella.

These figures are available for pre-order right now for $10 each, which is really affordable for people who loved the books. Walmart will have exclusive versions of most of the characters with different looks and accessories and will have the Snape figure.