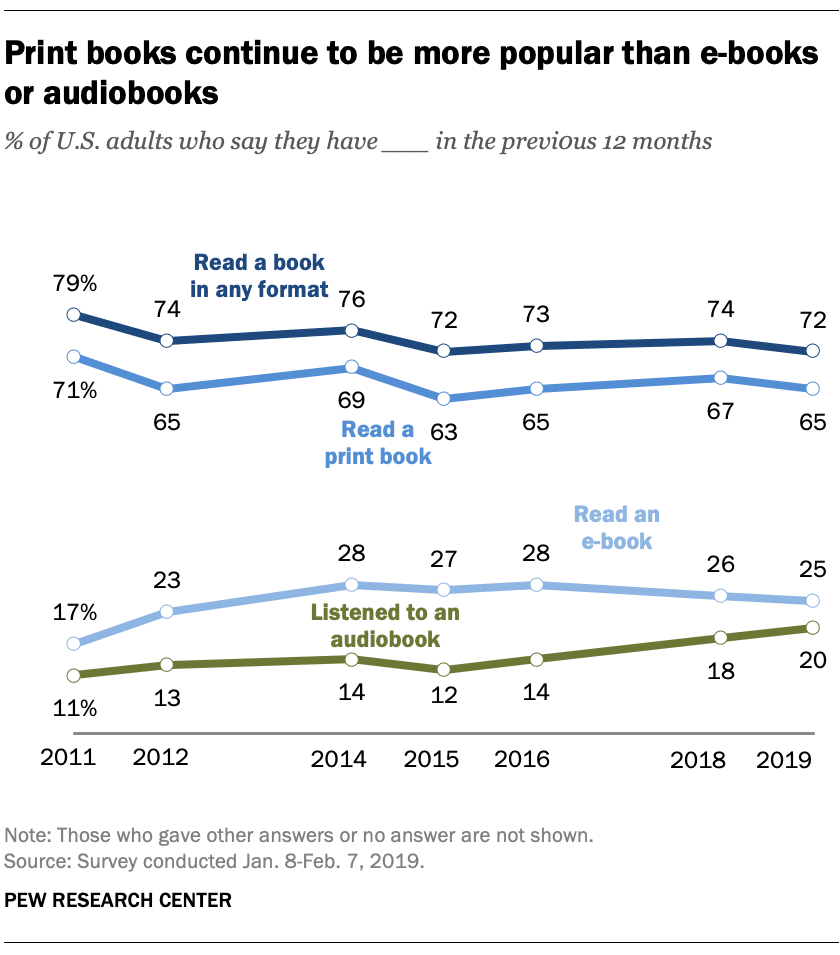 Roughly seven-in-ten U.S. adults (72%) say they have read a book in the past 12 months in any format, a figure that has remained largely unchanged since 2012, according to a Pew Research Center survey conducted Jan. 8-Feb. 7, 2019. Print books remain the most popular format for reading, with 65% of adults saying they had read a print book in the past  year. Digital books are still popular with readers, 25% of Americans say they have read one in the past year and  there has been a small uptick in the number of people who listen to audiobooks, a 6% increase.

The share of college graduates who have listened to an audiobook in the past 12 months has increased 7% since 2018. About one-third of college graduates (34%) have done this in the past 12 months, compared with 27% in 2018. – Similarly, the share of adults with an annual household income of $75,000 or more who have listened to an audiobook has increased 7 percentage points since 2018 (30% vs. 23%).