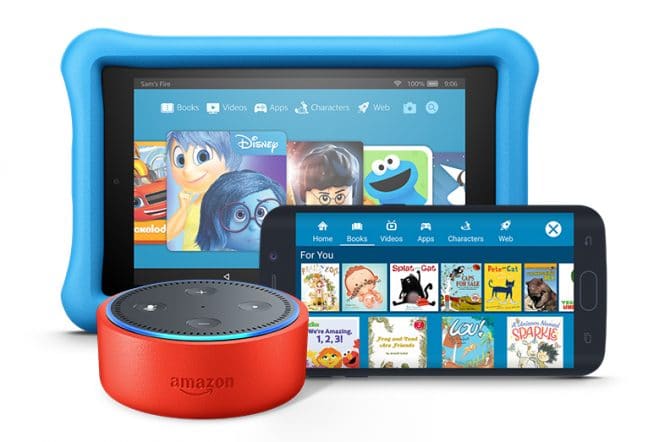 Amazon has just added 1,000 kid friendly audiobooks from Audible as part of their Freetime Unlimited Program. Kids can now listen to popular titles like Peter Pan, Rip Van Winkle, Beauty and the Beast, and Snow Queen. Parents can also add additional Audible books to their child’s FreeTime profile via the settings on their child’s device, or remotely via Parent Dashboard. The new Audible books will be available via a free software update that began rolling out to customers today.

Freetime Unlimited offers a ton of different content such as Amazon-approved content, including apps, games, videos and ebooks.  The program is available on the Kindle Oasis 2 and Kindle Paperwhite e-readers, in addition to the Fire line of tablets.  Amazon has expanded FreeTime Unlimited beyond its Fire tablets, and it now allows kids to use it on iOS and Android. The service, which starts at $2.99 / month, is an easy win for Amazon. It offers parents a big, kid-friendly selection of content so they see the merit in paying for the subscription cost but also streaming from Amazon and its partners’ content repository. An annual family plan costs $83 for Prime customers.

Here is a small list of some of the most notable audiobooks.