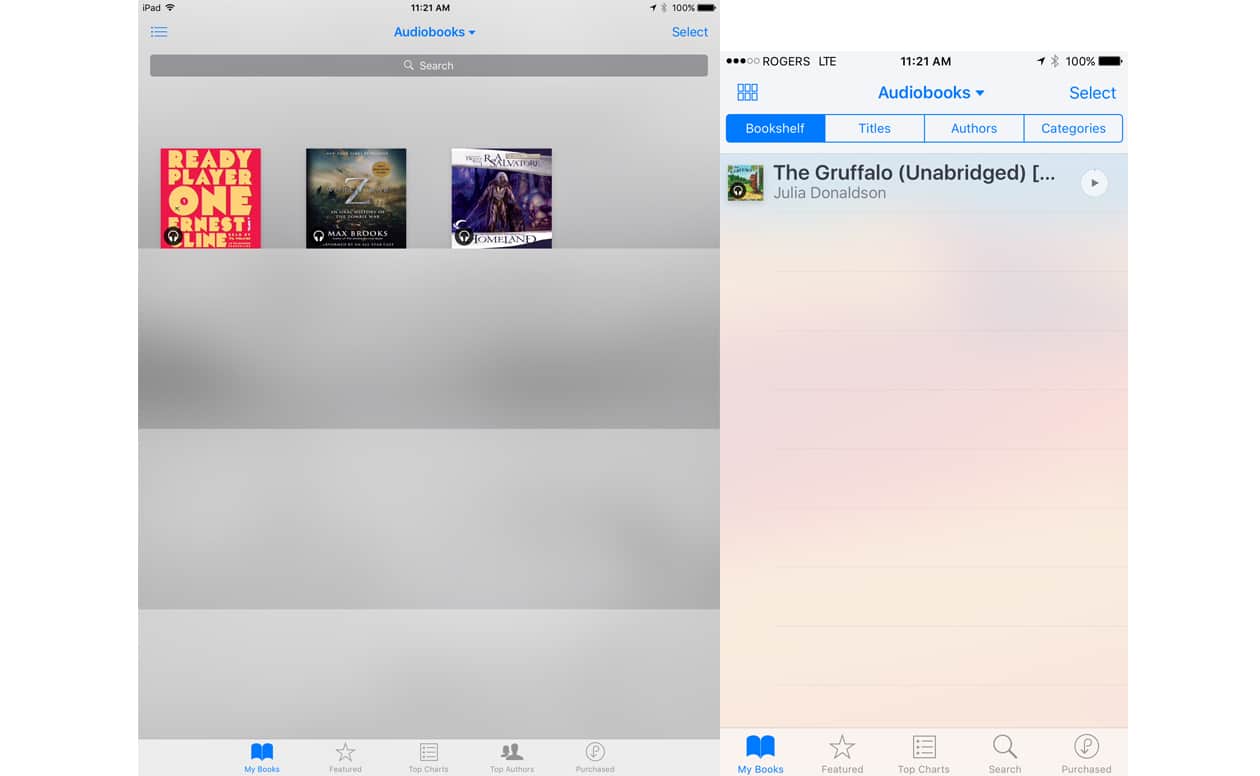 Apple owners tend to be fairly loyal to the brand and it is not uncommon for someone to own an iPhone and an iPad. If you tend to buy audiobooks from Apple you might have run into the situation where you purchase one on your iPhone from iBooks and expect it to automatically sync to your iPad, sadly this is not the case.

There is a major bug in the audiobook delivery system from mobile devices, such as the iPhone and iPod to the iPad Air, iPad Mini and iPad Pro. If you buy something on a mobile device it does not recognize the audiobook purchase on your tablet and vice versa.

Another bug that users have encountered is that there is no record of payment history. If you buy an audiobook on your iPhone, there is no literary no record of it when you click on “Payments” in iBooks.  It is like your audiobooks have fallen into a black hole.

This bug has been around for a number of years. Apple used to have their audiobook section in a hidden area in the iTunes Store, but publishers wanted their content more visible, so in 2015 Apple moved it into their iBooks app. In both of these cases, the bug has existed and Apple has so far refused to fix it.

Audiobooks are quickly becoming a billion dollar industry and there is no excuse for them not to work across all Apple devices. After all, all other content can sync properly, why not audiobooks? This is a serious problem that needs to be addressed.