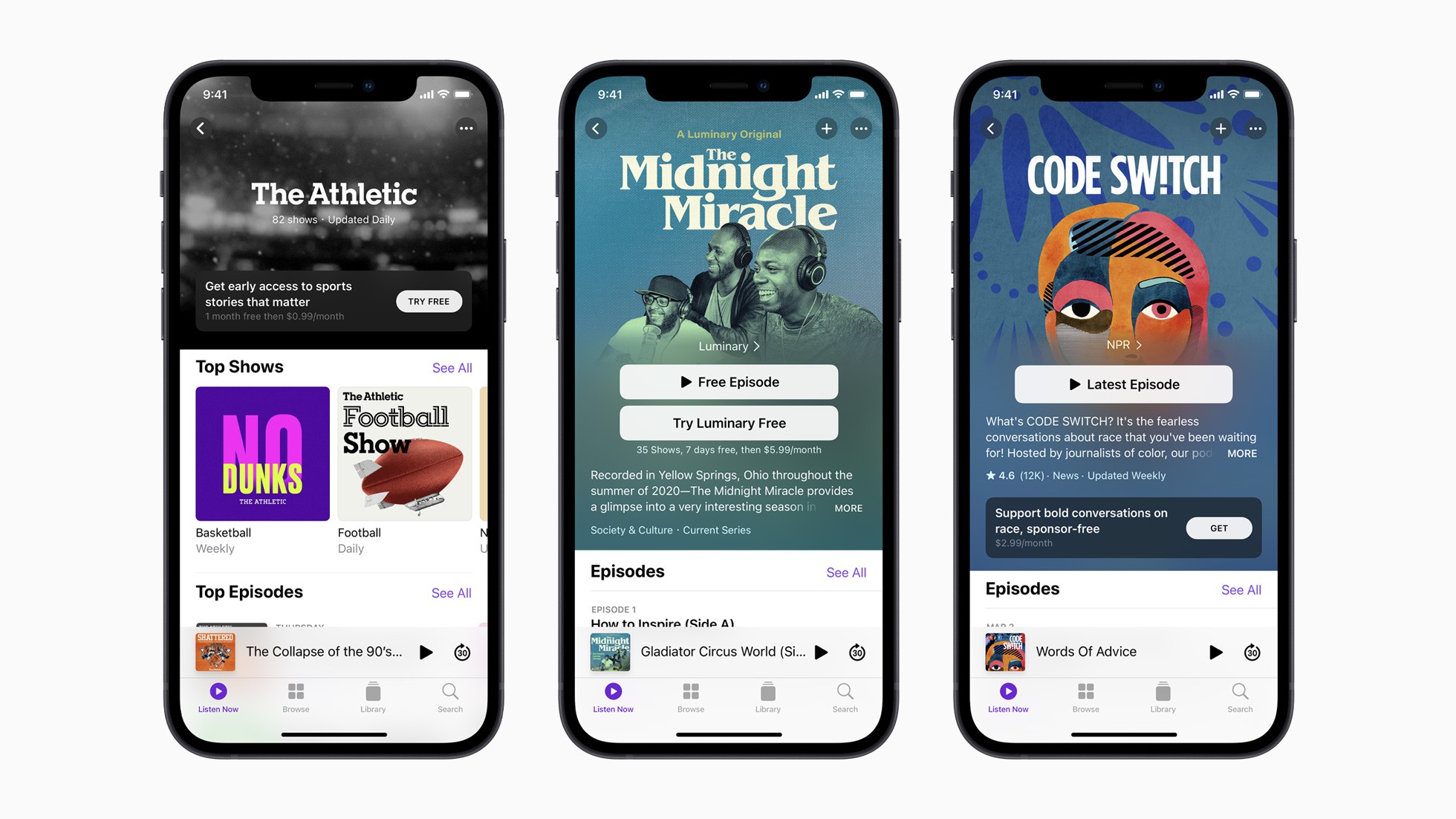 Many people who listen to audiobooks or read ebooks, are enamoured with podcasts. General podcasts from the NPR or CBC are fairly general, but their are really niche ones that appeal towards specialized interests. Apple has dominated the podcast space for a very long time and the company has just announced Podcasts Subscriptions, allowing users to unlock additional podcast benefits such as ad-free listening, access to additional content, and early or exclusive access to new series. This system will launch in over 170 countries next month.

Apple says that users will be able to enjoy a range of premium subscriptions from NPR, the Los Angeles Times, Sony Music Entertainment, Tenderfoot TV, Pushkin Industries, Radiotopia from PRX, and QCODE. Listeners will also be able to access channels, which are groups of shows that feature unique titles, descriptions, and artwork. The Podcast app is also undergoing a tremendous redesign with an enhanced Search tab and updated pages for shows and episodes. There’s also a new Smart Play button that lets users automatically start the latest episode from episodic shows. Additionally, users can download individual episodes for offline playback, making podcast listening more accessible.

Content creators will have to pay Apple $19.99 per year in order to offer subscriptions, and Apple will take 30% of revenue for the first year and 15 p% for the years following. Apple has also launched a new creators website, which helps with individuals on how they can leverage subscriptions to best suit their audience. Overall, paying for your favorite podcast, right in the app, would have less friction than signing up for Patreon and paying them that way.