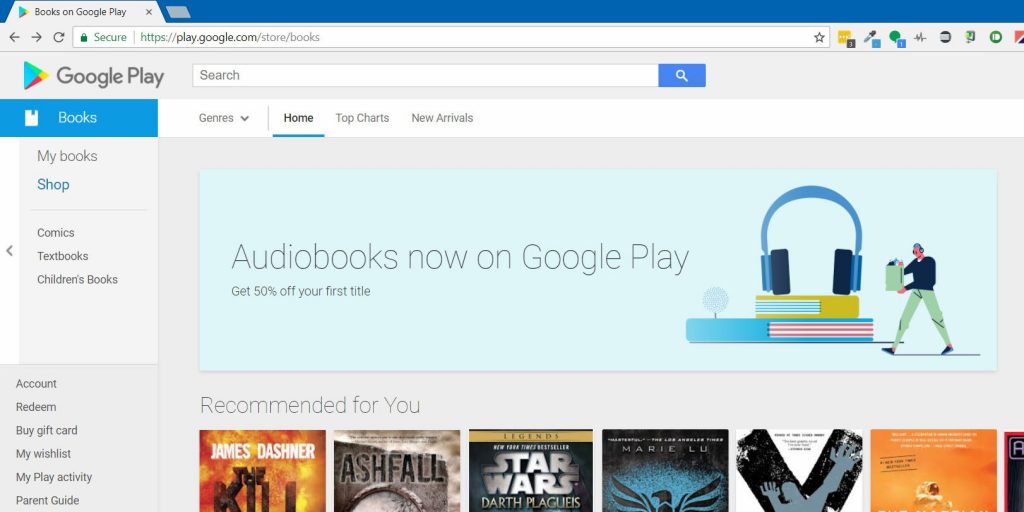 Google Audiobooks has been in development since November and the launch is imminent. There is a new URL and imagery that has been released, promising 50% off your first audiobook title.

The new Google Audiobook system will be apart of Google Books, so this app will be updated to include an audiobook player. Details on the player is scarce, but it will likely have standard options such as increasing or decreasing the playback speed and skipping to different chapters. It should also have the ability to connect up various Bluetooth devices such as wireless headphones or a speaker. It would nice to see audiobooks being able to be played back on Google Home.