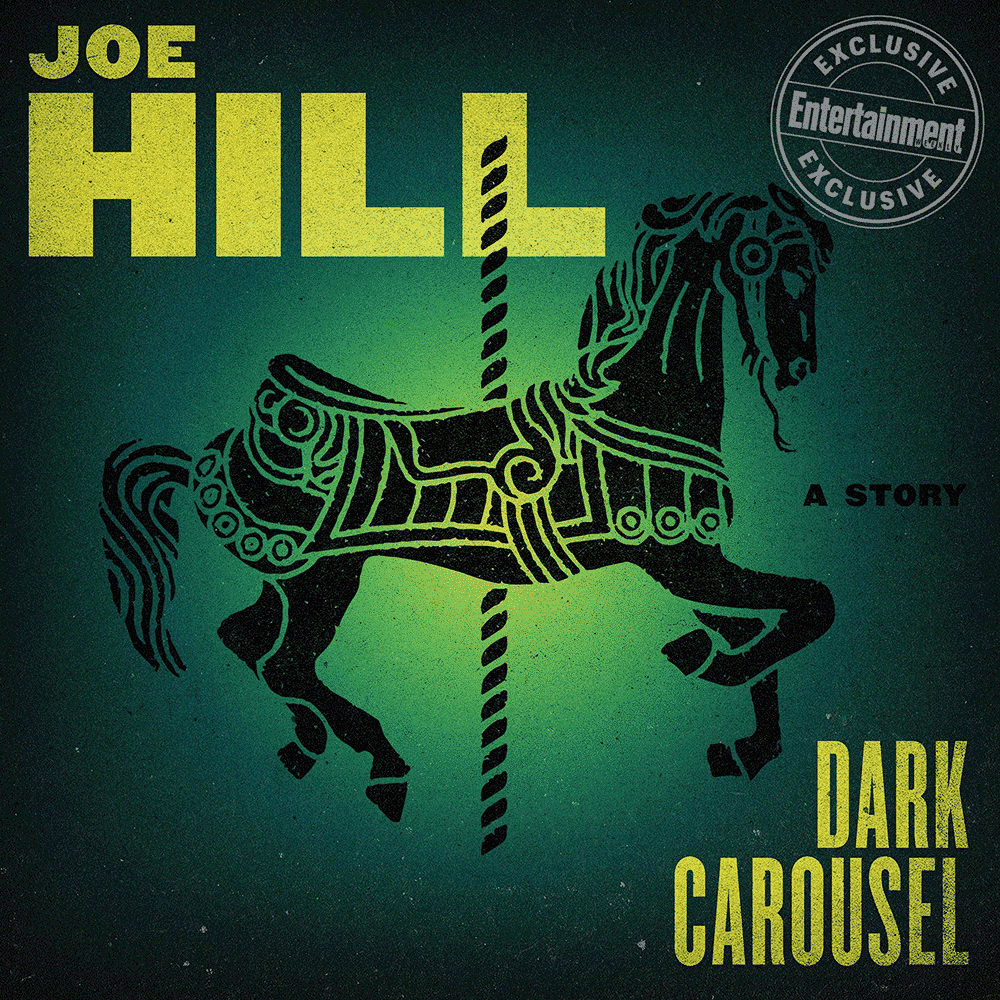 Audiobooks are the fastest growing segment in digital publishing and one of the more recent trends are audio first productions. This is where an author creates an audiobook and it is not based on a book or a short story. Joe Hill, the son of Stephen King has just developed a Vinyl First audiobook called Dark Carousel, being published by HarperAudio on April 20th.

Written about a balmy summer night in 1994, Dark Carousel is the tale of four teenagers out for an evening of fun on the boardwalk who take a ride on the “Wild Wheel” — an antique carousel with a shadowy past — and learn too late that decisions made in an instant can have deadly consequences. What begins as a night of innocent end-of-summer revelry, young love, and (a few too many) beers among friends soon descends into chaos, as the ancient carousel’s parade of beasts comes chillingly to life to deliver the ultimate judgment for their misdeeds.

There will be 2,500 copies initially available and they will cost $29.98 and will come with two records. It will also feature an mp3 download of the audiobook. It’ll be available for purchase online and in stores. pre-order link coming soon!