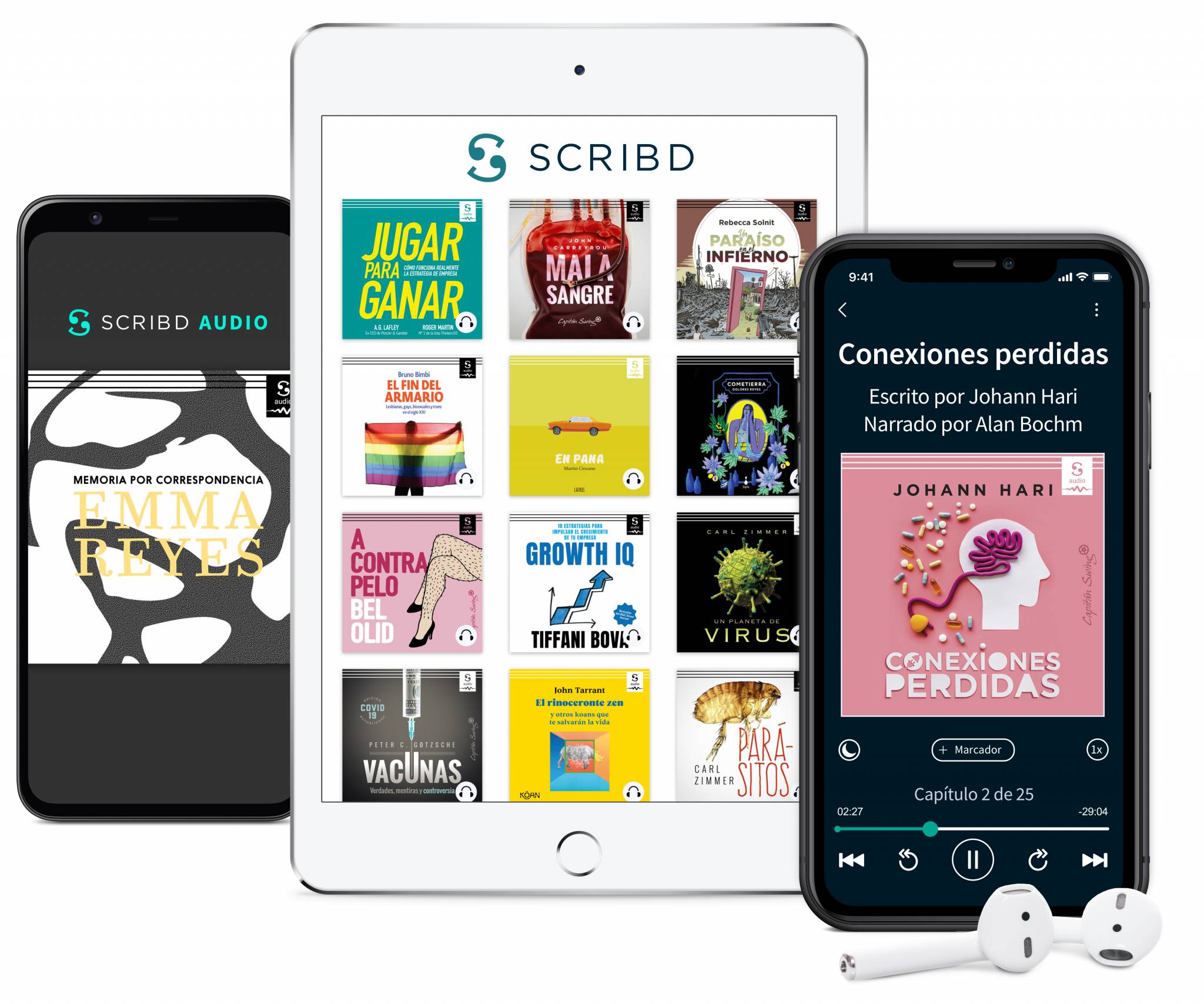 Scribd is producing their own audiobook content with a new system called Scribd Audio. It launched in the US last month and has 40 titles available to listen to in English. They are pushing hard into Spanish audio and right now they have only 30 titles, but they are doubling down on new content and working with major publishers to dominate Mexico.

Scribd is producing Spanish audiobooks in partnership with popular authors and top publishers, including Anagrama, Almadía, Sexto Piso, El Colegio de México, Capitán Swing, Arpa Editores, and Kōan Libros. The books selected to be part of Scribd Spanish audio program have been curated for readers in Mexico and span various genres and topics, including personal growth, business, science and spirituality, among others.

Upcoming titles will include books by winners of the Nobel Prize in Literature and the Pulitzer Prize in both Fiction and Nonfiction, as well as outstanding authors in Spanish. These titles include Nunca me abandones by Kazuo Ishiguro, Cáscara de nuez by Ian McEwan, Las vírgenes suicidas by Jeffrey Eugenides, Desmorir by Anne Boyer, Las mutaciones by Jorge Comensal, Glaxo by Hernán Ronsino and Brenda Navarro’s upcoming novel.

Scribd started operations in Mexico in October of 2019 and has more than 100,000 Spanish language premium ebook and audiobook titles on the platform. Scribd also offers access to a vast collection of podcast episodes, which are particularly relevant for audiobook listeners.