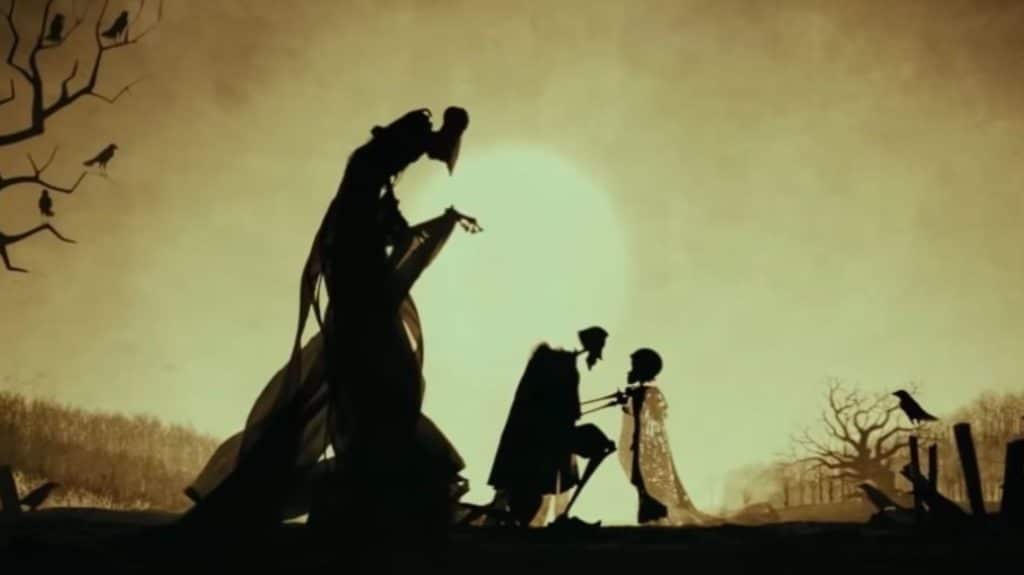 The Tales of Beedle the Bard is getting the audiobook treatment next month and it’s narrated by a slew of actors from assorted Harry Potter adaptations. Most prominent in the lineup is Jude Law. Fitting his performance as Albus Dumbledore in the Fantastic Beasts and Where To Find Them franchise, Law reads Dumbledore’s notes on the stories, which are presented as traditional bedtime tales for wizarding families.

Noma Dumezweni, who originated the role of Hermione Granger in Harry Potter and the Cursed Child, reads the most iconic story in the collection: “The Tale of the Three Brothers,” about the origin of the Deathly Hallows. Jason Isaacs (who played Lucius Malfoy in the original Harry Potter films) reads “The Warlock’s Hairy Heart,” about a magician who turns to dark arts to protect himself from love. Warwick Davis (Professor Flitwick) reads “The Wizard and the Hopping Pot,” about a magical gift that ends up wreaking havoc. Evanna Lynch (Luna Lovegood) reads “The Fountain of Fair Fortune,” about a quest through an enchanted garden by three witches and one unlucky knight. Bonnie Wright (Ginny Weasley) reads “Babbitty Rabbitty and her Cackling Stump,” about a calamitous meeting between a foolish king, a charlatan pretending to be a wizard, and an ordinary-seeming washerwoman who might be more powerful than either of them. Rounding out the cast is Sally Mortemore (Madam Pince), who reads Rowling’s introduction to the book.

Rowling originally published The Tales of Beedle the Bard in 2007 in an extremely limited run of just seven copies to raise money for charity. The book was released to the public a year later, with proceeds benefiting Rowling’s charity Lumos.

Audible will release The Tales of Beedle the Bard on March 31st, but Harry Potter fans can already go and pre-order the exciting audiobook. It is around $20 to order it and it is a short one, just an hour in length.