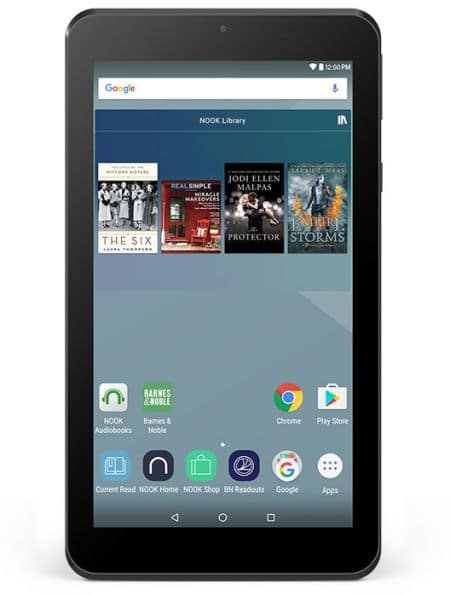 Barnes and Noble has discounted their latest generation Nook Tablet 7 tablet by 40% you can now purchase it for a paltry $29. This device has Google Play to access all of your favorite apps and comes preloaded with a number of B&N own apps, such as Nook Readouts and the Nook e-reading app. There is 8GB of internal storage and it has an SD card capable of an addition 128GB.

It remains to be seen if B&N will release a new version of the tablet this year and this is their way to trying to get rid of them. The bookseller has been good at releasing one or two new tablets every year, since it is way more affordable than e-readers.