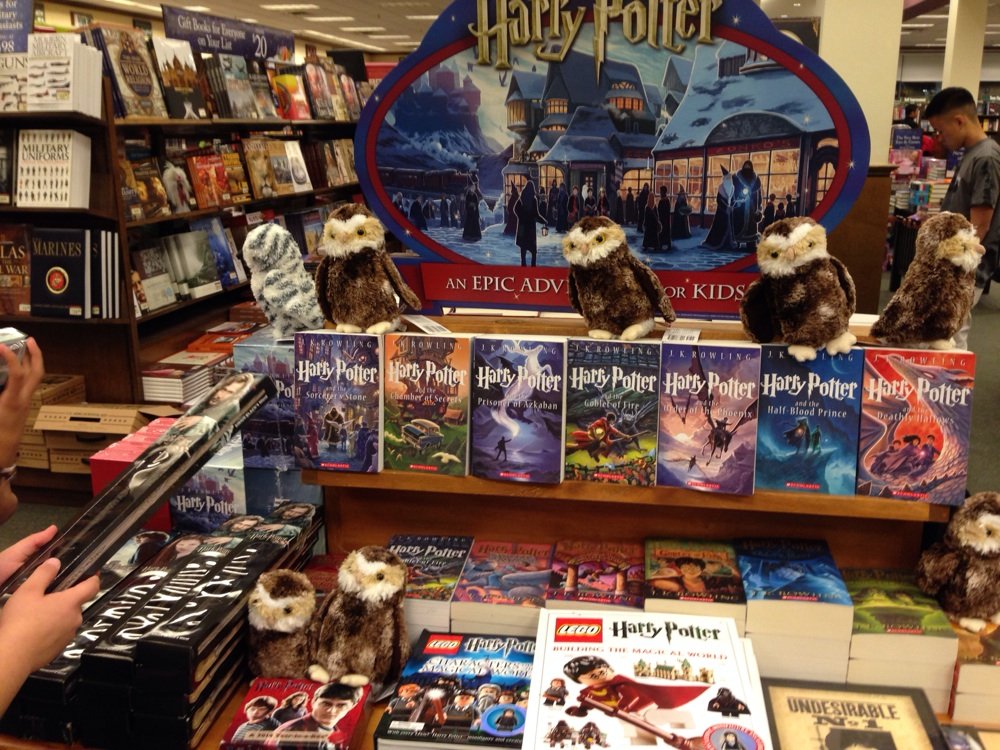 Barnes and Noble is holding a series of parties at all of their bookstores in the United States. The festivities are starting on Friday, June 24, at 7 PM for the latest Harry Potter Book. Robes and wizard hats will most certainly abound.

At the June 24 event, Barnes & Noble stores across the country will set up a coloring station where participants will have the opportunity to color various Harry Potter-themed materials including the 4 House Crests (Gryffindor, Hufflepuff, Ravenclaw and Slytherin) and a special Owl Post Postcard exclusive to Barnes & Noble that they can send to friends to invite them to the Countdown to Midnight Party. In addition to trivia and activities for Harry Potter fans to enjoy, many giveaways will also be available at the event while supplies last, including Harry Potter vintage posters, bookmarks and more. Stores will also host a robust Harry Potter trivia event. In addition, the Barnes & Noble Café will be offering special Harry Potter-themed treats including The Cheesecake Factory Bakery’s fun and delicious Chocolate Witchout Cupcake (a Barnes & Noble Café exclusive), The Decorated Cookie Company’s delightful Witch Hat and Cauldron Decorated Shortbread Cookies, and the Passion Potion Iced Tea, a bewitching shaken blend of brewed passion tea, raspberry and vanilla flavors.