You are here: Home / Bookselling News / 10 of the 20 bestselling books so far this year are nonfiction 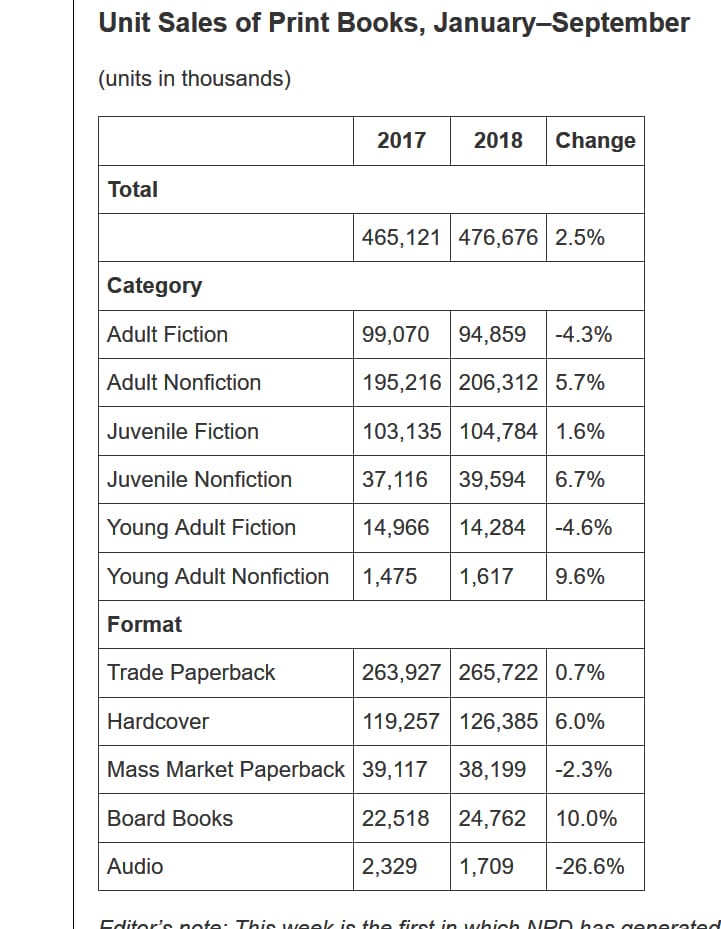 Nonfiction books have been crushing the bestseller list for the entire duration of 2018 and the trend should continue for the rest of the year. Michael Wolff’s Fire and Fury, which is the only print title to crack the one-million-copies-sold level so far this year. Another political book was not far behind Fury: Bob Woodward’s Fear sold more than 760,000 copies since its release in September, making it the third-biggest seller so far this year. In between those two titles is another adult nonfiction book, Magnolia Table by Joanna Gaines, which sold nearly 980,000 copies. And in fourth place on the year-to-date bestseller list is Girl, Wash Your Face, a self-help title by Rachel Hollis.

Overall adult non-fiction books have increased by 5.7% in 2018. 206,312 million books in this genre were sold this year and trounced every other genre, including juvenile fiction and adult fiction.

Most of the big name titles have already been released and the holiday season will likely drive their sales even further. It remains to be seen if any new nonfiction book from October to December will hit the bestseller list, including the new autobiography of Lisa Brennan, the daughter of Steve Jobs who recently released “Small Fry.”